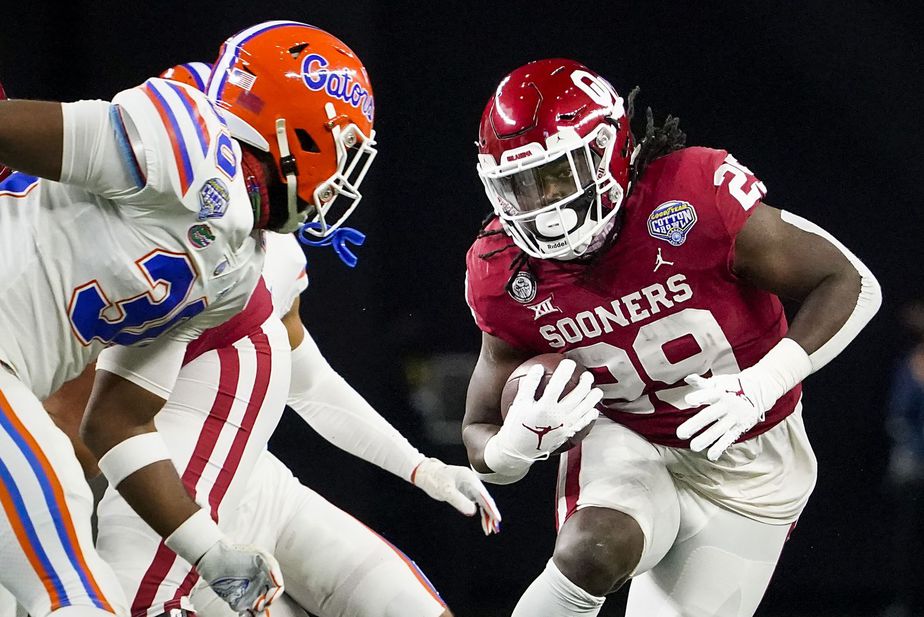 The #6 Oklahoma Sooners beat the #7 Florida Gators 55-20 in the Good Year Cotton Bowl at AT&T Stadium on Wednesday night. This win was the first postseason victory as head coach for Lincoln Riley during his tenure.

Additionally, the Sooners ended the season on an 8-game win streak and will have a lot of momentum heading into the 2021 season. The Sooners finish the year with a 9-2 overall record, while Florida finishes with an 8-4 record.

Although it was a lopsided victory for Oklahoma, Florida did play without several of their top players who opted out for this game. Most notably, their entire receiving core that left Kyle Trask emptied handed.

Consequently, this lost production on short notice crippled the Gators’ offense and led Trask to have his worst game of the season. The timing was off from the first drive to the end of the game. Trask threw 3 interceptions on his first 3 drives of the game. The 3 turnovers led to 17 Oklahoma points.

Unfortunately for Trask, this performance will ultimately cost him any chance at winning the Heisman Trophy and cause his NFL draft stock to go down. He is a projected first round pick and in a strong quarterback draft class. You don’t want the NFL scouts to have this as their last impression.

His future agent should have pulled the plug on him playing in the game once his top 4 receivers opted out. If he doesn’t have one, someone should have advised him not to play. If he does have one, he should fire him immediately before they go any further.

Defensively, the Gators were without Ventrell Miller, the team’s leading tackler at linebacker.  Marco Wilson (CB), Kyree Campbell (DT), and Shawn Davis (40) are 3 more defensive starters that opted out.

As a result, the Sooners set 3 Cotton Bowl records with 684 total yards of offense, scoring 55 points and rushing for 435 yards. Rhamondre Stevenson was the Offensive MVP after rushing for 186 yards on 18 carries.

On offense, freshman quarterback Spencer Rattler was 14-of-23 for 247 passing yards and 3 touchdowns. Charleston Rambo, Theo Wease, and Marvin Mims all caught touchdown passes for the Sooners. Marcus Major added 110 rushing yards and 9 carries. Freshman running back Seth McGowan had a 73-yard run and caught 3 passes for 70 yards.

Defensively, Tre Norwood was the MVP after picking off one of Trask’s passes and taking it 45-yards for a touchdown. Brian Asamoah and Woodi Washington also picked off passes for the Sooners.

Oklahoma has a lot of talent coming back and should be a preseason favorite for making the College Football Playoff Final 4 in 2021. The Cotton Bowl will be one of the semifinal bowl games next season. The Sooners could be back in Arlington this time next year. 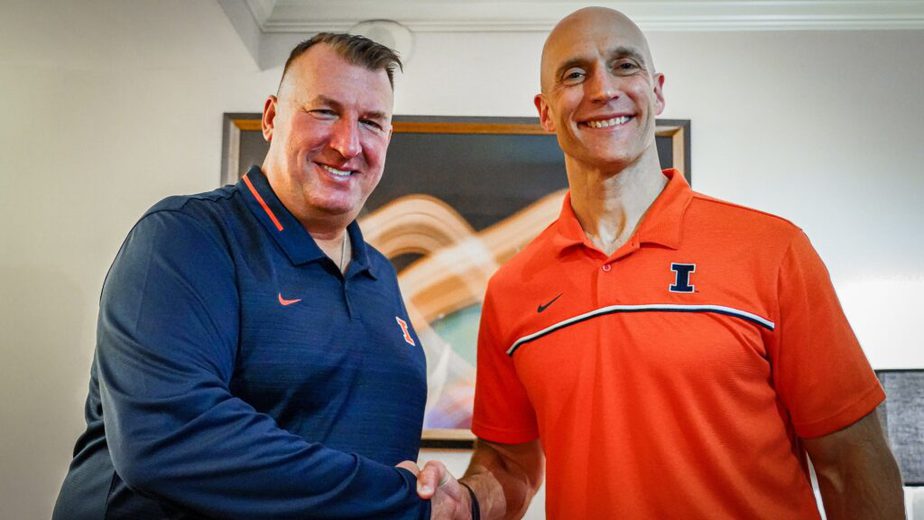 Bielema Takes Over at Illinois

After three seasons of coaching in the NFL, Bret Bielema makes his way back to his home town and the Big 10. On Saturday morning,