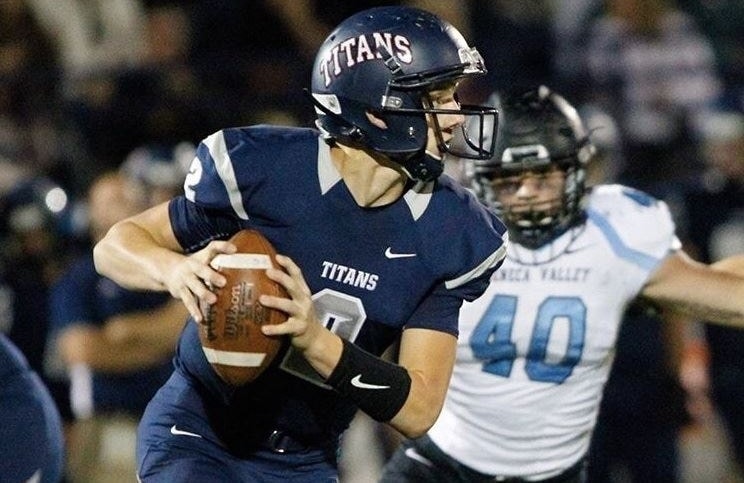 The final game of the season for Shaler Area was not a pretty one, as they lost their first playoff matchup 37-0 to West Allegheny. This capped off what was a dismal season for the Titans as they finished with a record of 4-7 on the year. Shaler Area has had a tough time winning in the last 5 years. Hopefully, 2019 has more wins in store for the Titans.

Shaler Area head coach Jon LeDonne resigned after the 2016 season. The team didn’t win a game that season. He was later hired at Penn Hills for the 2017 season, taking that team to eight wins in his first year, and a perfect undefeated state championship in only his second year. Former Shaler Area player, Jim Ryan, was hired to replace LeDonne. His first season was not any better as he too posted a 0-10 record. While 4-7 doesn’t look good on paper, it is certainly an improvement for the Titans. They made their first playoff appearance since 2007. Now that Jim Ryan has endured the majority of the growing pains, he will look to continue building the program back up to a competitive state.

Two defensive linemen who were key contributors were Jeff Bonette (6’4, 275 lbs) and Matt Bendel (6’4, 240 lbs). Both players were brute forces, doing everything they could to clog up running lanes and rush the quarterback. Bonette committed to California University of Pennsylvania and Bendel committed to John Carroll.

Joey Kremer led the team in rushing last season. He racked up 1,035 yards and scored 10 touchdowns. He signed with Seton Hill University. Tailback Evan Walsh (5’7, 150 lbs) made a bigger punch than his measurements may indicate. He is attending Saint Vincent College. Wide receiver Brennan Fugh (5’11, 180 lbs) was the top receiver for the Titans. He caught 47 passes for 782 yards. His solid contribution on the field earned him the chance to play at John Carroll this fall.

Senior quarterback Darin Mizgorksi (6’2, 215 lbs) was impressive last season. He threw for 1,623 yards and 13 touchdown passes. As Mizgorski continues to grow and develop, he should be one of the top quarterbacks in the WPIAL 5A Divisions this season.

The one thing every quarterback likes is a big offensive line and Shaler has that. Alex Klingensmith is a 6’5 280-pound class of 2021 prospect. He will be the anchor upfront. Nevin Summerfield (6’4 360) and Austin McKaveney (6’2 265) will provide size and power inside.

The Titans are returning 4 varsity running backs this season, including seniors Hunter Petchar, Marcus Krotec, Nathan Hayward, and junior Vincent Lezzi. The depth in the backfield will allow each player to stay fresh and give Coach Ryan the opportunity to ride the hot hand.

At wide receiver, 2022 prospect Dylan Schlagel (6’4, 195 lbs) will make an impact as the big receiver on the outside. Schlagel has the pure size and natural talent to make a splash in the passing game. He is still a very raw route runner but has the speed and strength to be a valuable asset. Joey Impavido (5’8 170) is a slot receiver that did well last year. He is a playmaker that can get separation on underneath routes and will do some damage out in space.

Middle linebacker Jake Miller (6’2, 220 lbs) led the Titans defense and is a returning captain. He will give this defense a huge boost heading into the fall. He made the pre-snap reads and calls in the middle of the defense, followed by the pursuit and his bruiser mentality while finishing tackles. Miller has had a few visits and has received offers from Valparaiso and Delaware State. A strong senior season will have even more coaches recruiting him.

Losing two playmakers in Bonnette and Bendel on the defensive line leaves a hole that needs to be filled but Shaler Area has the answers. Defensive tackles Austin McKaveney (6’2, 265 lbs) and Adam Willard (6’2, 265 lbs) will step up and be asked to stop the run game for opposing offenses.

The Shaler Area secondary remains the question mark of the defense and further validates the importance of an upfront presence on the defensive line for the Titans. Shayne Skelley (5’10 155) started as a junior and will provide the leadership for this position group.

Things are trending up for Shaler Area. Jim Ryan has two years under his belt and is looking to take another step in the right direction. The Titans made the playoffs for the first time in the last 11 years last season. They have an experienced starting quarterback, a big offensive line, and return their best linebacker as they prep for the 2019 season. The Titans are certainly a candidate to have a winning record for the first time in a long time and make the playoffs for a second straight year.