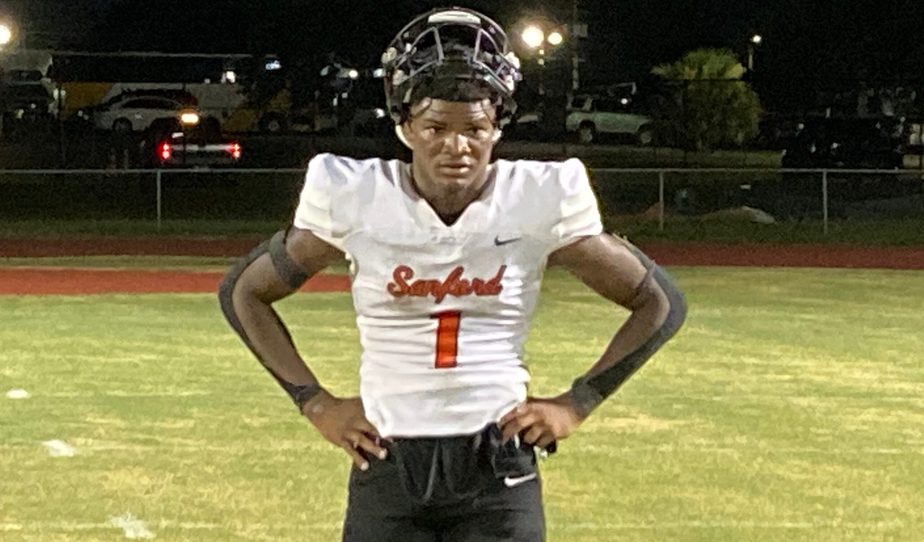 You can’t ask for a better start to your coaching stint with a new school than what Seminole head coach Eric Lodge had when he led his team to a 12-0 record and an 8A state championship in his first season. In the championship game, the Seminoles defeated Osceola 38-10 in a game that they dominated, much like they dominated teams all season. During the 2020 season, they won their games by an average of about 20 points per game.

This was the second state championship that Sanford has won in school history, with the first coming in 2008 when they won the Class 6A state championship. They made Final Four appearances in 1987, 2010, and 2016. Before Lodge took over, the head coach was Don Stark who went 38-5 in his 4 seasons as the Seminole head coach.

Look for the 2021 version of Sanford to have continued success under Lodge with a whole lot of talent returning, as well as some new faces that will look to make an immediate impact on the Seminoles. It will be another fun year to be a fan of this team and don’t be surprised if they make another deep run in the playoffs that ends in another Class 8A state championship.

On the offensive side of the ball, the Seminoles had somewhat of a balanced attack. They averaged 282.8 total yards per game to go along with averaging 25.3 points per game. The Seminole passing attack had a solid year where they had 17 passing touchdowns while averaging 122.4 passing yards per game. Their rushing game was the strong suit of this team, where the Seminoles averaged 160.4 rushing yards a game and had 29 rushing touchdowns.

Leading the offense this year will be 2023 quarterback Luke Rucker (6’3” 200 pounds) who will be replacing Jimmy McClain (South Florida) who was a 3-star quarterback during his time at Sanford. Rucker is a transfer from Oviedo high school where he had 2,043 passing yards and threw for 19 touchdowns. He has a strong arm to go along with an accurate deep ball, as well as having the ability to make plays outside of the pocket, and throwing accurately on the run. Rucker has an offer currently from Florida Atlantic. Don’t be surprised if 2024 quarterback Karson Siqueiros-Lasky (6’1” 180 pounds) makes a run at the starting quarterback position. He’s had a very impressive summer in 7v7 and will look to take his shot as being the starter.

The Seminole backfield had a productive season in 2020, and don’t expect that to change at all as they have 2022 Donta Whack (6’0” 210 pounds) and 2023 Rory Thomas (6’0” 194 pounds) returning for them. Whack, who has offers from Eastern Michigan, Western Kentucky, and UAB, is a hard runner who refuses to be taken down with arm tackles. In the 2020 season, he had 529 rushing yards and 6 touchdowns on 94 carries to go along with a receiving touchdown. Thomas is another efficient runner who is powerful in his cuts and makes great initial reads of his blocks, leading him to find running lanes. Thomas had 295 yards and 2 touchdowns on 71 carries.

The receiving core is losing a lot of production due to graduation with Jimmy Horn (South Florida) departing, however, look for 2023 Darren “Goldie” Lawrence (6’2” 190 pounds) to fill that void. Lawrence is a big-time deep threat who has seen his recruiting start to pick up. He has offers from Florida Atlantic, Buffalo, Pitt, and Louisville. During the 2020 season, he had 10 catches for 240 yards and 3 touchdowns. Another lengthy receiver to be on the lookout for is 2022 Caylim Gathers (6’3” 170 pounds) who had 15 catches for 178 yards and a touchdown last year.

This offense has a lot of potential to be special for the Seminoles this upcoming fall. If they can provide another year of balance with a more explosive passing attack, then defensive coordinators will be staying up all night trying to gameplan.

Part of the reason why Sanford dominated so many of their games in the 2020 season was due to an incredible defense. As the saying goes, offense wins games but defense wins championships and the Seminoles did go on to win the Class 8A state championship. They only gave up 12.9 points per game and had 7 interceptions (2 were returned for touchdowns) while also recovering 5 fumbles.

Even though their secondary lost 3-star defensive back Marsielle Taylor and Delvin Ingram (Edward Waters) look for this to still be the strong suit of their defense. They will be led by 2022 twin brothers Ja’Cari Henderson (6’0” 160 pounds) and Demari Henderson (6’0” 155 pounds) who both have 15 offers from schools such as Florida State and Miami. Ja’Cari is a tremendous athlete that is also a star on the basketball team who had 36 tackles last year and had a big impact returning kicks as well. Demari is another great athlete who has shown no fear in contact as he had several big hits last year. He had 37 tackles to go along with 3 interceptions and took one of those interceptions to the house.

The Seminole linebacking unit will be led by 3-star 2022 Kameron Moore (6’1” 200 pounds) who had 69 tackles. He has 5 offers, one of which is Louisville. Moore is an extremely physical player who is a sideline-to-sideline type of linebacker. 2022 Lucas Fonseca (5’10” 220 pounds) is another solid player who had 57 tackles in the 2020 season. Fonseca currently is receiving interest from Columbia.

2022 defensive end Anthony Dunn Jr. (6’5” 250 pounds) is a player that has a ton of potential and will look to have a big season. Not only does he have great size, but he also has superior technique, shown by how good his hands are when shedding blocks. Last year he had 14 tackles but look for those numbers to increase greatly. He currently has offers from Marshall and Georgia State.

This Seminole defense will be looking to have another great year. If they can be similar to how good they were last year, then this Seminole team will be making another deep run in the playoffs.

Sanford will be starting their season on August 27th when they play Riverview Sarasota. It will be a good test for them to see how they will stack up for the rest of the year. This Seminole team has a great opportunity to repeat as state champions, as well as the chance to keep head coach Eric Lodge’s perfect record alive and well.