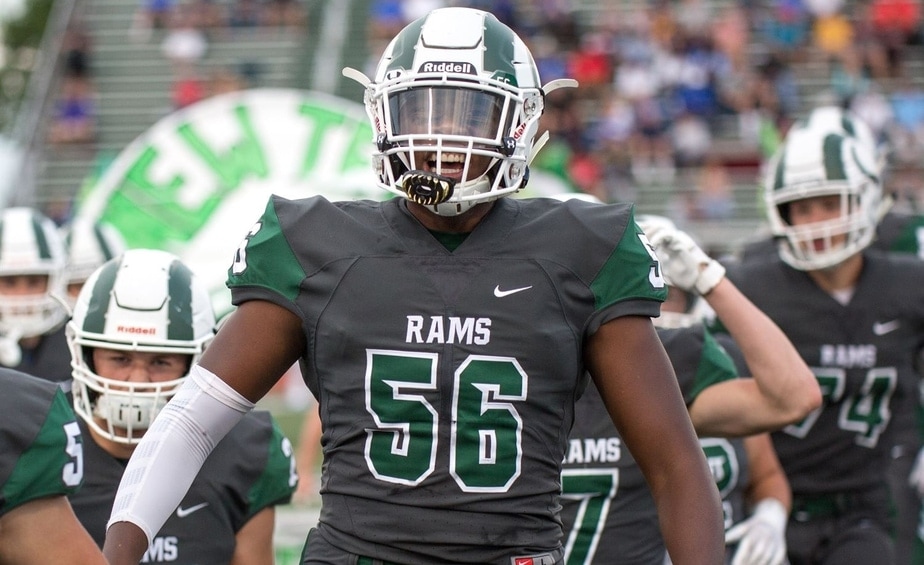 Pine-Richland has a lot of momentum moving into 2019 as they follow up a very successful 2018 campaign. In 2018, the Rams advanced to the Pennsylvania state semifinals before losing to eventual state champs St. Joseph’s Prep. Even though the Rams fell two wins short, they finished with an 11-3 record overall, with a 7-1 mark in league play.

2019 will be the 7th season as head coach of Pine-Richland for Eric Kasperowicz. Before being named head coach, Kasperowicz served as Pine-Richland’s offensive coordinator. His previous 12 years were spent as an assistant at North Hills, where he also was a standout player. Since being at Pine-Richland, Kasperowicz has been tremendously successful, winning three league titles, as well as the school’s only state title in 2017.

Running back Anthony Cerminara and wide receiver Shane Cafardi have graduated. In 2018, Cerminara was 3rd on the team with 9 rushing touchdowns, while Cafardi tied for 2nd most touchdowns amongst all wideouts.

The defensive side of the ball is where the Rams will be losing a lot of key members from a team that only gave up 17 points per game in 2018. Linebacker Tyler King (Naval Academy) headlines the losses for the Rams defense. In 2018, King had a monster year, leading the team with 98 tackles, 16 tackles for loss and was 2nd on the team with 7 sacks. Defensive back Dylan Stenson signed with Youngstown State.

Anthony Cerminara will likely be missed even more on defense, where he had 84 tackles and 12.5 tackles for loss from the linebacker position. Other key pieces such as Merrick Miller and Connor Hetzel create voids that will need to be filled.

The Rams have a wealth of talent on offense this season, starting with quarterback Cole Spencer (5’10 180) and running back Luke Meckler (5’9 160).

Spencer was efficient in 2018, throwing for 1,469 yards and 15 touchdowns to only 6 interceptions. Spencer added 867 yards rushing and 11 touchdowns, making him a lethal dual-threat.

Meckler was a beast, rushing for 1,492 yards and a team-high 8 touchdowns. He also had 17 catches for 261 yards and 3 more touchdowns.

Although there is talent leaving on the defensive side of the ball, the cupboard certainly is not bare. Defensive end Miguel Jackson (6’2 235) is an elite pass rusher in the class of 2021. He had 57 tackles, 14 sacks, and 15 tackles for loss as a sophomore. He has picked up one early offer from Akron University.

Trent Miller (6’1 220) will continue to give opposing offensive linemen fits and get into the backfield. Nevin Vouitski (6’2 210) will be a strong contributor at defensive end.

Chance Boyd (5’11 160) is the leader in the secondary, following up an impressive 2018 season where he finished 3rd on the team with 70 tackles. Luke Meckler and Caden Schweiger are 2-way starters at defensive backs.

The Rams have a lot of great 2-way players that are experienced and ready to take their games to another level. Their team speed and talent at the skill positions on both sides of the ball is certainly the strength of their team.

On offense, the majority of the key playmakers from 2018 are back, however, there are multiple members of a strong offensive line that will need to be replaced. This is the one area where they will need some young players to step in and produce.

On defense, they are aggressive and swarm to the football. Jackson is a special player off the edge that creates a lot of problems for opposing offenses. They have a strong nucleus returning and should be one of the better defenses overall in the state.

Pine-Richland is poised to make another deep playoff run. They may lack one or two top tier players that could help them late in the playoffs when they play the elite teams, but the Rams may have a few players that can fill that role and help this team go the distance. Time will tell and anything is possible in November and December.