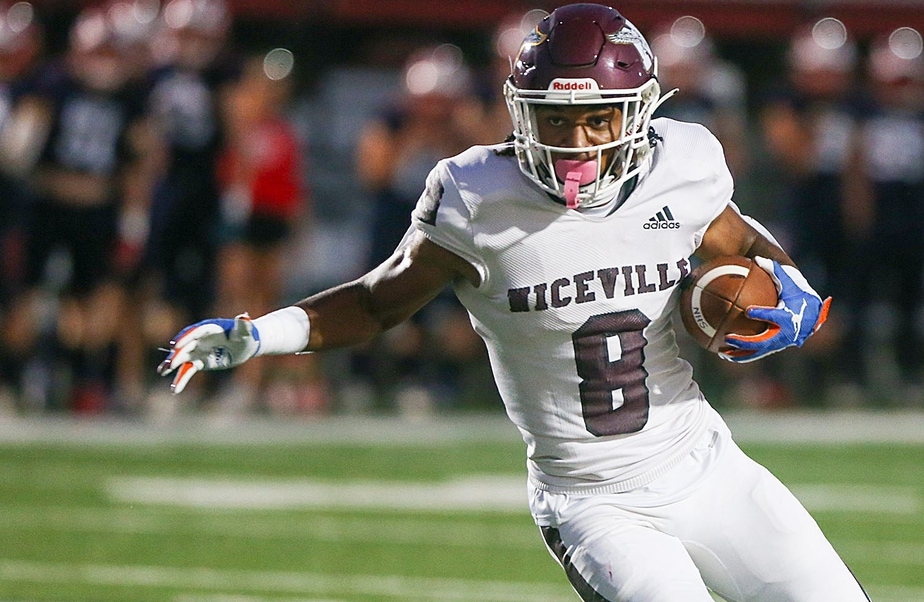 After dominating a majority of the teams that were in their way, the Niceville Eagles were 11-0 heading into a semi-final showdown with Edgewater, and looking to make their first appearance in a state championship game since 2013. Instead, the Eagles were beaten in heartbreaking fashion losing 30-28 and will have to wait another year to try and capture their first state championship since 1988. Edgewater has been a nuisance to this Niceville football program the last two seasons, as they have knocked them out of the playoffs both seasons.

For head coach Grant Thompson, who is no stranger to this Niceville football program, he is going to have a lot of momentum heading into next fall. Thompson is a 2001 graduate of Niceville and also serves as the school’s athletic director. Maintaining the success that former head coach John Hicks built over his 18 years as the leader of this program was something that was important for Thompson, and he has done just that so far in his two years. His record is 23-2, with his only losses coming in the postseason to Edgewater.

There’s no reason to believe that Thompson’s Eagles won’t continue the streak of 20 straight playoff appearances, however, it will be interesting to see if Thompson can lead his alma mater to their first championship in about 3 decades.

There will be a new quarterback this upcoming fall for the Eagles, and that will be 2022 Addison Moore (5’11” 180 pounds). If this offense is to be anything like it was last year, it will be contingent on how well Moore can lead them. Moore has a great frame, and on film during his sophomore season showed his ability to be elusive, as well as the capacity to make big-time throws.

Moore will have some help to make his transition into his first year starting though, beginning with his backfield partner in 2023 running back Micah Turner (5’8” 175 pounds) who rushed for 555 yards and 11 touchdowns last year. Turner would line up in the wildcat at times last year for the Eagles, because of how good he is at making plays. His speed and size allow him to hide behind linemen until he finds a crease that he can burst through for a big play.

The receiver position is another spot that will be helpful for a young quarterback, especially with 4-star 2022 Azareyeh Thomas (6’3” 180 pounds) who holds 28 offers currently from schools that include Clemson, Florida, Alabama, and Michigan. Thomas was one of the main reasons why this offense was so lethal last year as he had 35 catches for 695 yards and 9 touchdowns. Thomas has next-level speed mixed with the ability to cut on a dime. Thomas also gives great effort which he displayed with his blocking abilities. 2023 DeMariyon Williamson (6’1” 155 pounds) and Jaden Mikhael (6’4” 220 pounds) are a couple more names to look out for.

While the offensive line is losing LSU signee Kimo Makaneole,  it will still be led by a big-time player in Northwestern commit 2022 Austin Firestone (6’5” 275 pounds) who has amazing technique. With his incredible frame and superior technique, putting him in a program like Northwestern that has developed some great players will allow him to become a trench star. One of the key things Firestone does that leads to his success is the way he stays low, allowing him to have leverage.

The Eagle defense will look to have the same type of success that they had last year when they shut out 4 opponents and held another 3 to 14 points or less. They forced 15 turnovers and gave up an average of 14.9 points per game.

The defensive line will be anchored by hybrid 2022 Khalil Jacobs (6’3” 220 pounds), a freak athlete who currently holds a South Alabama offer. Jacobs showed off his athleticism when he had a pick from the defensive end spot. Jacobs also does a fantastic job at using his hands to get off of blocks as well as hitting hard at the point of contact on ball carriers.

The linebacking crew will have a lesser-known name leading the way for them, but a playmaker in 2022 Noah Harmon (5’11” 205 pounds) who makes some great reads from his linebacker spot and fills gaps when he sees one. Harmon is a nose-to-the-grindstone type of player who gives great effort, highlighted by the way he plays sideline-to-sideline and makes it tough on opposing coordinators to stretch the field.

Even though the secondary is losing Western Carolina signee Dramarion McNulty, this unit will still be the strongest part of the defense. They will be led by two Power Five players in Azareyeh Thomas and 2023 Jayden Sheppard (6’2” 175 pounds). Thomas has already been mentioned for how valuable he is on the offensive side of the ball, but he might be even more valuable on the defensive side, where he is projected to play in college. Thomas’s length allows him to make great plays and makes it tough for opposing quarterbacks to throw over him. Sheppard just always seems to be in the right spot at the right time and often ends up forcing a turnover that’s more than likely an interception.

The Eagles will start their season on August 27th against Lincoln at home. Lincoln will be a challenging game for Niceville as they’re also coming off a successful season in which they finished 7-1. When it comes to playoff time, nothing will come easy for Niceville as they are a part of an absolutely loaded Class 7A. However, if Thompson can continue his dominance as the leader of the Eagles then his team will always be in the mix come late November- December.