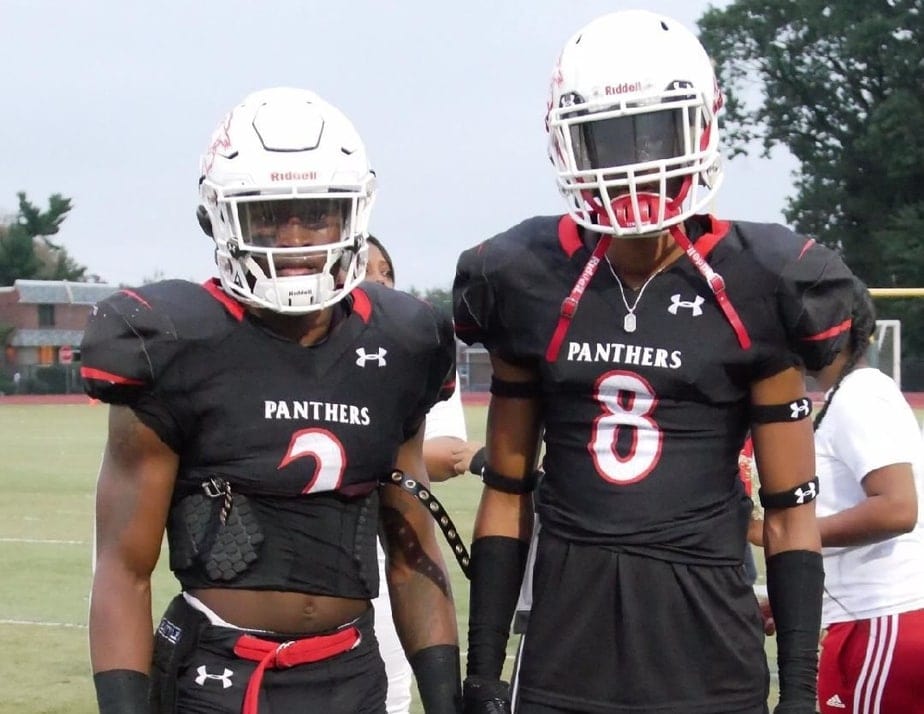 The Panthers still had a successful season winning the Philadelphia Public League Championship for the 7th straight year and finished with an 11-3 overall record.

2019 will be the 3rd season for Nick Lincoln as Head Coach of Imhotep Charter. He has a 23-5 overall record and is really close to achieving his team’s ultimate goal of winning a state championship.

Imhotep Charter lost a lot of great talent in the 2019 recruiting class. They had 3 players that signed with Power 5 schools. Yusuf Terry signed with Baylor, Tykee Smith signed with West Virginia, and Isheem Young signed with Iowa State.

The Panthers lost 3 key offensive line starters from last year’s team. Marlon Westcott was the center and John Whitehead was the 6’6 318-pound right tackle. Westcott signed with Bloomsburg and Whitehead will play at Lackawanna junior college. Mike Renwrick was a 6’6 315-pound left tackle in the class of 2020 and he transferred to St. Francis Academy in Maryland.

On defense, the Panthers will be without Zymir Cobbs, Nasier Dean, and Symear Williams. Dean signed with California (PA).

With the number of playmakers graduating, the Panthers will be relying upon a lot of new faces to step up. They have loads of talent and will be fun to watch.

The Panthers have an elite group of receivers for this season. Kristen McAdams is a 6’3 190-pound class of 2021 prospect. He is a Power 5 recruit that has size, hands, and a polished route runner. Terrance Adams (6’1 165) is a class of 2022 receiver that has picked up a few Division 1 offers this offseason. One of them was from West Virginia. Kenyatta Kirkland (5’9 160) is a senior slot receiver that is reliable and can make plays once he has the ball.  Naquil Betrand (6’5 220) is another tight end in the class of 2022 that will get major attention from colleges.

One of their top returning playmakers is DShaun Seals (5’7 155). He is small but lightning quick and he is tough to bring down in the open field. They will get him touches on underneath crossing routes, jet sweeps, screens, and he is a huge threat as a return man on special teams.

The X-factor for the Panthers this season will be transfer Enai White from The Pennington School in New Jersey. The 6’5 220-pound sophomore played wide receiver all of last season but is projected to be a tight end or defensive end prospect. He is already rated as a Top 5 overall player in the 2022 recruiting class. He has 21 Division 1 offers including Penn State, Texas A&M, Pittsburgh, Tennessee, and Kentucky to name a few. He will add another dimension to their arsenal they haven’t had.

Timothy Lasmith (6’2 185) is the expected starting quarterback for the Panthers this season. He will take over for Jalen Sutton-Christian. Lasmith will have tons of weapons to work with to ease him into leading this team.

The running game lost some talent and key players but the Panthers will reload and still have some great options. Will Robinson (5’8 165) played a lot as a freshman last season and has loads of potential. He will be the smaller back that is shifty and has big play potential. Saint McLeod (6’0 195) is a 2-way star for Imhotep and will be the bigger back that can run between the tackles and grind out long drives.

The big boys up front will set the tone for being physical and aggressive at the point of attack. The Panthers have the size and power to dominate the line of scrimmage this season and are a run-oriented team. Lamar Johnson (5’11 298) is the left guard and is the lone starter returning. Emir Stinette (6’5 330), Jahiem Duren (6’5 340), Nasim Gray (6’3 275), and Quadir Hughes (6’2 253) are all offensive linemen that will see a lot of action in 2019.

They were led by a stifling defense that surrendered only 10 points per game, including three shutouts and another four games where they held their opponents to 7 or less.

The strength of the defense will start with their defensive backs. The Panthers have one of the top secondary’s in the state. Shafeek Smith (5’10 165) was a 1st Team All-Philadelphia corner last season and has over a dozen Division 1 offers. Saint McLeod was mentioned already as being a key player on offense. He was another 1st Team All-Philadelphia strong safety as a junior. He is a downhill thumper and has over 15 Division 1 offers. Cameron Jackson (5’11 180) is a corner that has an offer from UMass. Javon McIntyre (6’1 190) is a Power 5 safety that has 15+ Division 1 offers. All 4 defensive backs are only juniors. Jamir Reyes is a 2022 corner that will provide depth and is another talented defensive back for the Panthers.

Lamar Johnson (5’11 298) will return to give the Panthers some experience up front at defensive tackle. Enai White and Naquil Betrand will likely be the two defensive ends and start both ways. Taleeq Robbins (6’3 275) had a great offseason and will be a standout defensive tackle in 2019. Shawn Williams (6’4 260) and Giovani Graham (6’2 280) are 2-way players that will provide depth on the interior of the defensive line. Senior Jaiir Blake (6’2 206) could start as a defensive end.

The Panthers open up in week 1 against DeMatha Catholic high school out of Maryland. DeMatha is a powerhouse program that beat Imhotep in week 2 last season 27-8.  It doesn’t get any easier the following week when they take on Bergen Catholic from New Jersey. Bergen Catholic was 10-2 last season and is one of the top teams on the East Coast and nationally.

The Panthers have dominated the local Philadelphia teams during the regular season. The last few times they lost regular season games were to Archbishop Wood in 2014, Martin Luther King in 2013, and Northeast in 2011.

Nick Lincoln has an enormous amount of talent on his roster in 2019 and his Panthers will be ready to do some damage. Offensively, they have all the weapons they could need. It will be more about getting everyone touches early in the game and then feeding who is hot in the 4th quarter. He will have a new quarterback and several new offensive linemen that will need to get comfortable in their new roles.

On defense, his secondary is outstanding and he has young talent in the front 7. They will be fast, aggressive, relentless pursuing the football, and intimidating. It will be tough to match what his defense did last year, but anything is possible as they gain confidence leading up to the playoffs.

Dematha Catholic will be a huge test for them early and whatever the outcome, they can learn and make adjustments accordingly from week to week. If they beat DeMatha, look for them to run the table all the way to the 4A State Championship game. From there, Nick Lincoln will have a chance to win his first title.