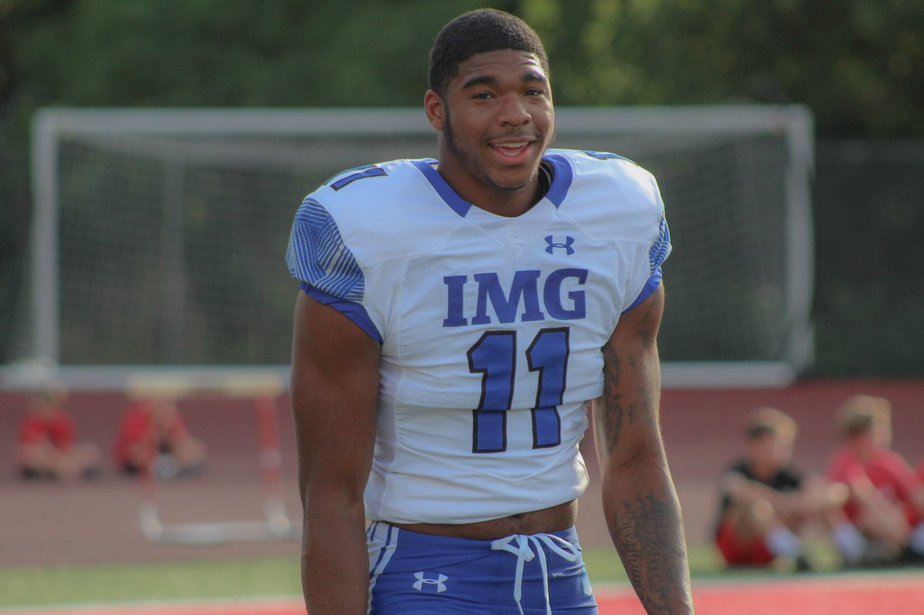 When thinking of how young the IMG football program is, it’s crazy to think about the amount of success they’ve been able to have since the school began playing football in 2010. When Kevin Wright took the program over in 2015, he went on to go a dominant 46-2. After he left, Bobby Acosta took over the Ascender program and in 2020 led IMG to something that has never been done before; winning their first national championship.

To say that Acosta’s team was dominant would be an understatement, as it was shown in a big way when they played the number two team in the nation, Duncanville in Texas.IMG  would win in dominant fashion by a score of 41-14. They outscored their opponents 381-82 and went on to finish the season 8-0.

After one season leading the helm in Bradenton, Acosta left his role as head coach of IMG Academy to become head coach of Del Valle High School in Texas. Replacing Acosta is Thomas “Pepper” Johnson who was previously the interim coach in the spring/summer. Johnson has some solid credentials as he spent 13 years of his life as a player in the NFL and played 7 of those seasons in New York with the Giants. It will be tough for Johnson to follow up on such an incredible season led by Acosta, but with an always-loaded team at IMG, he has a chance to replicate that success.

The IMG offense last year was dominant, and led by Michigan early enrollee quarterback J.J. McCarthy Don’t expect that dominance to diminish, with new talent transferring in mixed with a lot of talent returning. In the 2020 season, they averaged 35.4 points per game and 359.4 total yards a game. The Ascenders had a very balanced attack and would throw for 194.5 yards a game and rush for 164.9 yards a game.

Leading IMG under center will be 4-star 2022 A.J. Duffy (6’2” 205 pounds) who is a Florida State commit. Duffy is a transfer from Rancho Verde High School in California and is someone that Seminole fans should be extremely excited about. Duffy has a great pocket presence but still has the ability to be an elite dual-threat quarterback with his running ability. Duffy has some next-level accuracy and when you mix that with the cannon of an arm he has, it makes for a dangerous deep ball.

In the backfield leading the way will be another 4-star in 2022 running back Kaytron Allen (5’11” 215 pounds) who has 35 offers including Alabama, Georgia, Florida, and Penn State. Allen is the prototypical running back you’d want in today’s game. He shows patience when reading his blocks and when Allen finds a gap utilizes his powerful cuts, enabling him to get upfield better when they run an outside zone play. He also utilizes his athleticism in the way that he will hurdle defenders if need be. Also, look out for 2024 Stacy Gage (5’11” 200 pounds) to have a role behind Allen in this offense where he will provide a great second option. Gage holds 19 offers from schools such as Florida, Georgia, and USC.

The receiver position is loaded like every other position on this IMG team, and you can see that with 2022 Shawn Miller (6’1” 193 pounds) who holds 10 offers from schools such as Illinois, Arizona, and Arizona State. The first thing that will pop out on film when watching Miller is his willingness to block from the slot position and his dominance when blocking. He will do the little things that it takes to win. He is also fast and runs tremendous routes. Miller is very agile which allows him to shake defenders, and does a great job of sticking his foot in the ground to create separation at the top of his route. 2023 Carnell Tate (6’2” 170 pounds) is another 4-star who holds 30 offers from schools like Ohio State, Notre Dame, and Georgia. Tate will be a big-time deep threat for the Ascenders with his speed and his ability to win the 50/50 ball. 4-star 2022 tight end Jack Pederson (6’4” 235 pounds) is a UCLA commit who will be important in both the run and pass game for IMG. Pederson does a great job at using his size to be a capable blocker and also has soft hands.

The offensive line for IMG is stacked and is led by tackles 2022 Drew Shelton (6’5” 275 pounds) and 4-star 2022 Tyler Booker (6’5” 315 pounds). Shelton is a Penn State commit, while Booker has 32 offers from schools such as Florida, Alabama, and Georgia. Shelton has great feet and is extremely athletic, and uses his physical strength to his advantage when bullying defenders. Once Shelton puts on more weight he will be a scary sight for defenders. Booker is another athletic freak for his size and even ran for a touchdown last year for IMG. Booker is light on his feet and does a great job at finishing his blocks. 4-star and 2023 Knijeah Harris (6’4” 305 pounds) is an extremely fundamentally sound player who punishes defenders at the guard position. Harris has 23 offers, including Alabama, Florida, and Georgia.

This IMG defense is loaded. With all the talent they have, it will be interesting to see if they can mesh well enough together to be as dominant on the field as they are on paper.

The defensive line will be anchored by 4-star 2022 Jihaad Campbell (6’3” 230 pounds) is a Clemson commit who will be a star in the future for the Tigers and coach Dabo Swinney. Campbell is an Isaiah Simmons type player with the way that he is versatile and uses his athleticism to make plays. He can beat a lineman with either speed or power, so good luck with that. At defensive tackle is 4-star 2022 Dominick James (6’3” 270 pounds) who holds 26 offers from schools such as Alabama, Ohio State, and Oregon. James is a big body who uses his size to plug holes and will suffocate offensive linemen.

The linebacker position is another stacked group for IMG and will be led by 4-star 2023 Jordan Hall (6’3” 230 pounds) who is a great leader at such a young age. Hall currently has 12 offers which include Florida State, North Carolina, and Michigan State. Hall started as a sophomore for the Ascenders and did so due to incredible athleticism for someone his size. He will be an immediate impact at whichever college he chooses to attend. 2023 Malik Bryant (6’3” 225 pounds) is another 4-star linebacker for this team who is a stud. Bryant has 20 offers from schools that include Clemson, Florida, and Georgia. Bryant has great football instincts and is quick off the ball. He’s a hybrid player so don’t be surprised if you see him put his hand in the dirt at times to rush the quarterback. 2023 Cameron Lenhardt (6’3” 220 pounds) played defensive end at Don Bosco High School in New Jersey, but at IMG it’s looking like he’ll play more of the outside linebacker position. With his athleticism, it’s no surprise that IMG is converting him into more of the hybrid type as he has the athleticism like Bryant to cover receivers but also bully offensive linemen.

4-star 2022 defensive back Keon Sabb (6’2” 195 pounds) will headline the secondary for IMG. Sabb is another Clemson commit who will be a major part of their defense in the future. Sabb’s biggest strength is the way that he breaks on the ball when it’s thrown anywhere in his vicinity. Clemson has another commit in this secondary with 4-star 2022 Daylen Everette (6’2” 180 pounds) who is a lengthy player that uses it to his advantage, with 11 interceptions this past season. Northwestern commit and 2022 safety Trevon Howard (6’2” 200 pounds) is another playmaker in this secondary who has great football instincts. 4-star 2022 Kamari Wilson (6’1” 195 pounds) has 27 offers which include Alabama and Georgia. Wilson is a stud who isn’t afraid to deliver the big hits and has great ball skills.

IMG as always will have a difficult schedule ahead of them. They’ll open up the season against American Heritage on the road, and that is just the beginning. The rest of their schedule features powerhouse programs such as La Salle (Ohio), St. Thomas More (Connecticut), East St. Louis (Illinois), Auburn (Alabama), and St. Frances Academy (Maryland).

If IMG wants to repeat as National Champions, they will certainly have to earn it. With the talent they have though, don’t be surprised if they run through their schedule again. IMG will always be a team to keep an eye on; it will be interesting to see what they can accomplish this upcoming fall, with a new coach and new incoming talent