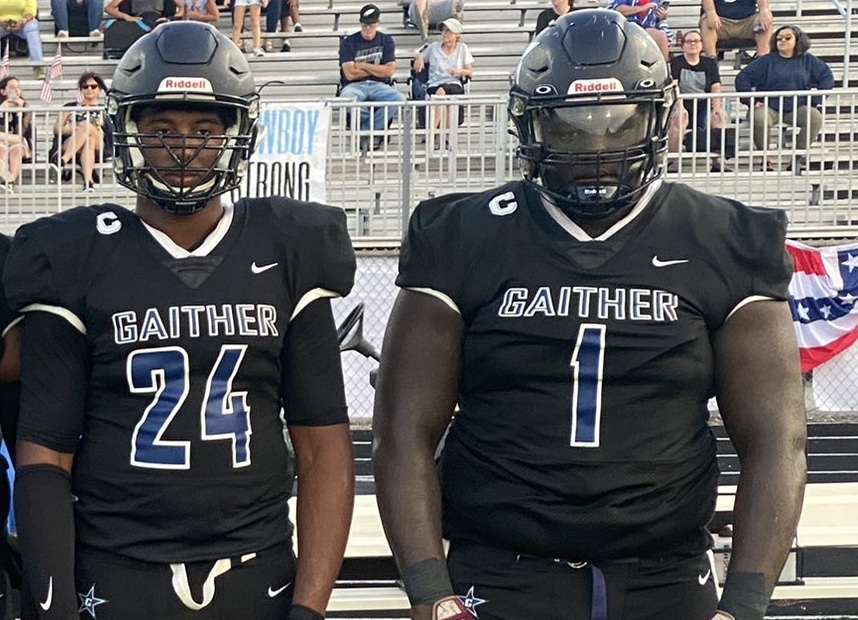 Out of all the seasons where the Gaither Cowboys would’ve thought that they would finally break through and make their first state championship appearance in school history, the 2020 fall campaign seemed like it was destiny. To say that Gaither dominated opponents would be an understatement; they would win their first 11 games by an average of 33.8 points, while also winning a game due to forfeit.

A season that seemed like it may end in history for head coach Kirk Karsen and his Cowboys ended in heartbreak, as they fell to Lake Minneola in the quarterfinals 35-14. They would finish the year 11-1, with that one game leaving an otherwise historical year with an abrupt ending.

Karsen, who is going into his 5th season as the leader of the Gaither program, has a 38-11 record so far. He is on the verge of something special that has yet to be done in the school’s history.

Starting at quarterback for the Cowboys will be 2023 Brooks Bentley (6’2” 185 pounds) who has 2 offers from Eastern Kentucky and Middle Tennessee State University. Bentley will be tasked with replacing Ball State commit Kiael Kelley, but Bentley should do a solid job as he has good zip on the ball and is accurate on the run.

There will be several opportunities for young running backs to step up this year, as a lot of production will be gone with the loss of Utah Signee and 4-star Ricky Parks.

The receiving core for Gaither has some great athletes and will be spearheaded by 2022 Drelin Pittman (5’8” 152 pounds), who so far has an Iowa State offer. Pittman is similar to a KJ Hamler type of player and doesn’t allow his size to be a disadvantage. Pittman can make tough contested catches over the middle of the field as well as use his speed to be a threat in the rushing game on jet sweeps. Pittman also does a great job at running routes. Alongside Pittman at receiver will be 2023 Eugune Wilson (5’10” 165 pounds) who will be playing corner at the next level and currently has a Liberty offer. Wilson is extremely athletic and can make plays in the open field.

The offensive line will be losing former tackle Andrew Kinfoyl, who signed to South Florida. The next lineman that should have a good impact for this team is 2022 James Mancebo (6’4” 250 pounds) who uses his quickness to reach and block opposing defensive ends. Mancebo also does a great job at continuing to run his feet after contact, which allows him to pancake the defender.

This Gaither defense was statistically one of the best of the best in the nation last fall. They shut out 5 opponents and gave up an average of 4.9 points. The Cowboy defense also forced an incredible 27 turnovers to constantly frustrate opposing teams, and keep their offense on the field.

The secondary will be missing Samford signee Jordan Oladokun but will be led by the previously mentioned Eugene Wilson, who does a great job of staying in phase with opposing receivers. Although he might be smaller than a typical Division 1 player, he isn’t afraid to come up and layout the opposition. Another player to watch in this group is 2022 corner Mikhai Campbell (5’10” 170 pounds) who also does a good job of staying in phase with the receiver.

The defensive line has some studs within their group with 2022 Michigan signee Mario Eugenio (6’3” 240 pounds)  and 2022 Tawfiq Thomas (6’3” 360 pounds). Eugenio had an incredible 17 sacks last season and did so using a great jump off the ball mixed with his next-level athleticism. Don’t think that Eugenio just has athleticism though, as he uses great hand techniques and the ability to stack and replace to get by opposing tackles. Thomas is a big body with great hands and is quick off the ball.

The linebacker core has an underrated stud within it in 2022 Kobe McCloud (6’ 208 pounds), a Florida International commit. McCloud shows off his incredible power when he sends the ball carrier flying after contact. As a certified playmaker, McCloud will be the perfect prototypical hybrid linebacker/safety once he gets into a college strength training program. Another player to look out for is Logan Fikar (6’1” 220 pounds,) with his well-timed blitzes.

The schedule for Gaither features three tough games that will be marquee matchups and give a good preview of whether or not they have a chance at winning their first state championship in school history.

The Cowboys start their season on August 27th when they host Bloomingdale, which is coming off their best season in school history. They also have home games against Armwood on September 10th and a big-time Tampa matchup when they host Tampa Bay Tech on September 24th.