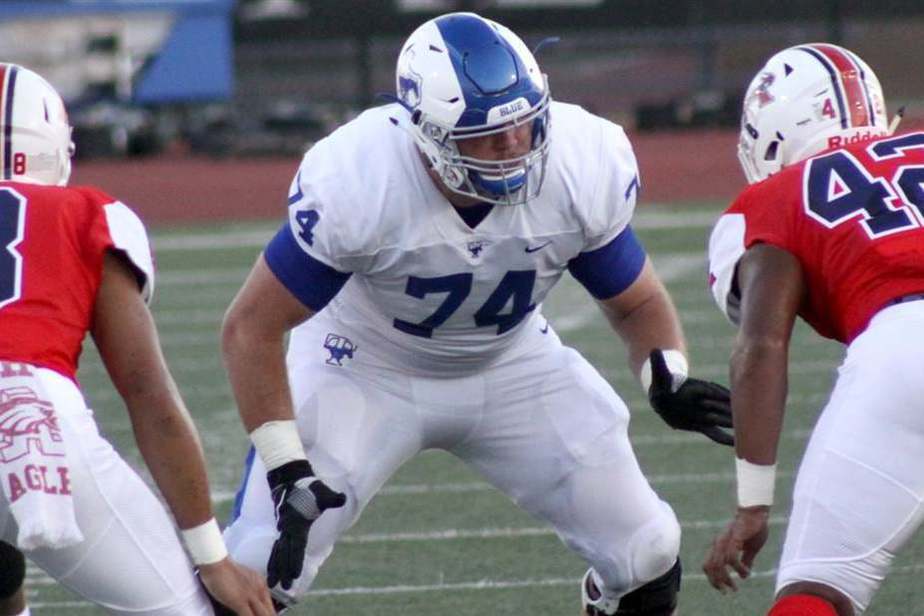 Foster Gives A&M Another Piece to the Puzzle

The Texas A&M Aggies are inching their way closer to being in the Final 4 and as a legit contender in the SEC West Division. An elite player that was at the top of their recruiting priority list was Bryce Foster. Foster made it official to becoming an Aggie on National Signing Day and is a huge piece to accomplishing their overall goals.

Foster, a 6’5 330-pound offensive guard and center from Katy Taylor high school, is a Top 5 prospect nationally at his position group. He is a player that was highly coveted and one that will help A&M close the gap.

In the end, his final decision came down to Texas A&M, LSU, Oklahoma, Texas, and Oregon. He was at the top of all of their recruiting boards, and the Aggies won out.

After watching his highlight video, his play on the field justifies his nickname, “The Mountain.”  Foster is a rock upfront with superior strength to overpower defenders and dominate the line of scrimmage. He gets excellent bend and leverage at the point of attack to win early. His punch startles opposing linemen, and his strong grip controls, redirects, and allows him to finish with authority. He is a beast in goal-line and short-yardage situations.

As a pass blocker, he has excellent technique and a strong base to stay in front of pass rushers and stop them in their tracks. He is a fluid mover laterally and has all the tools to protect his quarterback.

Athletically, he runs near a 5.0 flat 40 time, easily gets to the second and third levels, and is quick pulling off the edge and in space as a lead blocker. He is a freak all-around athlete, and the reason the Aggie fans are ecstatic he chose them.

Jimbo Fisher knows that any future championships start with recruiting and developing the bigs in the trenches. This 2020 offensive line class helps move the needle towards winning the battles at the line of scrimmage. Here are the other linemen Fisher signed.

Texas A&M has an impressive 2020 recruiting class, and securing Foster helps them get closer to turning goals into reality.