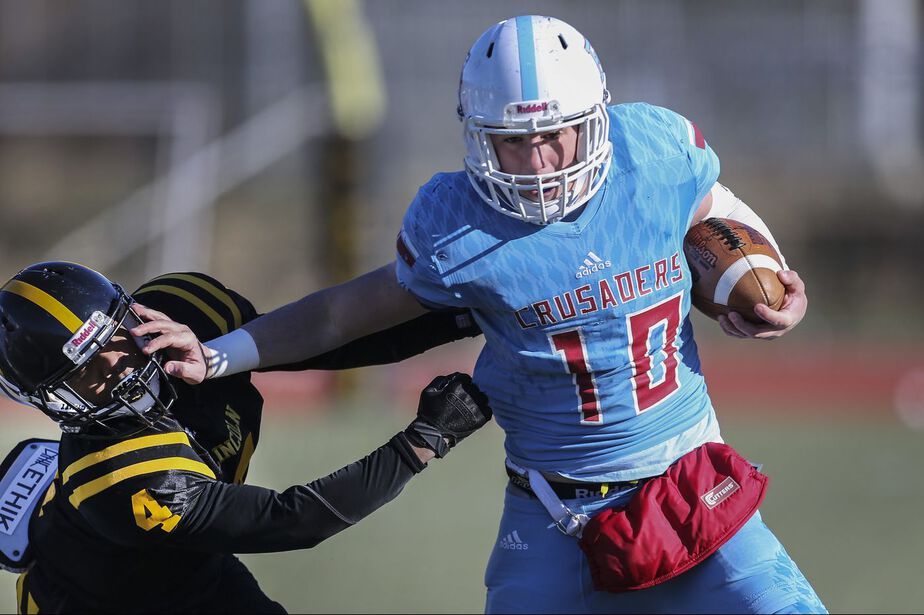 Father Judge looks to rebound after a disappointing season in 2018, finishing just 3-8 overall and 1-4 in league play. This was the third straight season the Crusaders failed to finish the year with a winning record, although the 3-8 mark was their worst season in recent history. The big downfall of the team was its defense, which allowed a league-high 36 points per game in 2018.

A new era is beginning at Father Judge in 2019. Earlier this year they hired Frank McArdle as the new football coach to replace the dismissed Mike McKay. McArdle was hired after he was relieved of his coaching duties at Father Judge’s chief rival, and McArdle’s alma mater, Archbishop Ryan. McArdle took over Archbishop Ryan in 2009 on the heels of an 0-10 campaign the previous season and transformed the program into a much-respected program in the ultra-competitive Philadelphia Catholic League. After a few years to get going, McArdle led Ryan to a 51-41 overall record from 2011-2018, with their best finish at 8-4 in 2014. He will be tasked again with building a program up that has fallen on tough times.

The biggest loss on offense for Father Judge is quarterback Shane Dooley. The dual-threat accounted for a large bulk of the Crusaders’ offense in 2018, throwing for 1800 yards and 18 touchdowns, while also adding 597 yards rushing, which was second on the team, and 12 touchdowns. Aside from Dooley, the loss of Katob Joseph is also a major loss, as he led the team in both rushing and receiving yards. In 2018, Joseph rushed for 740 yards on better than 6 yards per carry, while also leading the team with 631 yards receiving. He combined for 13 total touchdowns.

Father Judge is a very young team, especially on defense. This certainly could account for some of the fact that they gave up 36 points per game in 2018. Only a handful of defensive players will not be back in 2018, which leaves room for hope there will be improvements come the fall.

Even though the Crusaders are losing some top playmakers, there is plenty of talent back on offense. Wide Receivers Shane McGovern (5’9 167) and Dan Foy (6’0 170) are 2 of the top 3 receivers from a year ago and have an opportunity to step up even more without Katob Joseph.

Additionally, wide receiver Kevin Kelly (5’10 160) will be a third receiving prospect that brings great skill and some depth to the position.

The QB position is still up in the air, however, there will be ample talent surrounding whoever steps in under center to be successful.

As Coach McArdell rebuilds his defense, he will likely rely on inside linebacker Dennis Cranston Jr (5’8 191) to be a big part in that rebuilding process. While undersized at just 5-8, Cranston is a smart and ferocious player who can be the anchor in the middle of the defense. On the defensive line, defensive tackle Lucas Nunez (6’6 281) will be the player to watch up front to put some pressure on the quarterback and plug the A gap in the run game. Majid Muhammad (5’7 170) will be another key player on defense for the Crusaders.

Frank McArdle has been known to turn programs around and this season could be another step in the right direction. They have a big offensive line and will rely on them to pave the way this season for the offense. They have some good skilled players back, but the quarterback position will be a big question mark. On defense, they have a good core group back but will need the younger players to fill in and make plays.

They still may be a year away from getting to .500 or to make a push for the playoffs. They are capable but will need to play consistently well and surprise a few teams that they are not expected to beat. We are predicting a 5 win season and a 2-game improvement from 2018.