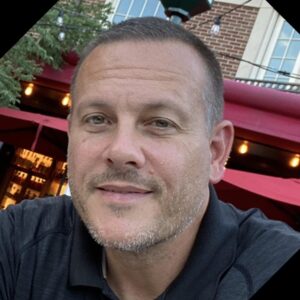 The Panthers have solidified themselves as a national powerhouse program the last 5 years with a 61-8 overall record, 2 Texas 6A state finals appearances, and developing a countless number of division 1 prospects. They welcome and never shy away from playing the best high school football programs in the nation as non-conference opponents each year.

Last season, the Panthers finished the year 10-2 and lost a close game to Southlake Carrol 34-27 in the 6A Division 1 state semifinals. Their only other loss was to the #1 team in the nation, IMG Academy, in a non-conference showdown at Arlington Stadium. Duncanville had big wins against Cedar Hill during the regular season and they knocked off Desoto in the playoffs.

Most teams would be devastated graduating the players Duncanville did with their 2021 class. The elite programs develop every young player on their roster from the day they step on campus in order to reload every year. This is exactly what the Panthers have done and they are loaded with Division 1 talent for this season.

Last season, the Panthers averaged just under 46 points per game and had a nice balanced attack on the ground and in the air. This season there are a lot of key players returning and some new talent ready to make a name for themselves and contribute.

Let us start with the bigs upfront. Cameron Williams and Jaylen Early lead the way in the trenches. Williams is a 6-foot-7 350-pound offensive tackle committed to Oregon. He was a 1st Team All-District performer last season. Early is a 6-foot-5 315-pound offensive guard that just committed to Florida State. These 2 will provide protection and experience for the Panthers.

Outside of Williams and Early, the Panthers have several other talented players on the offensive line. KaDarion Miles is a 6-foot-4 280-pound senior that has a big frame and will be an important guy upfront. Cameron Simon (6’4 300) played some guard and tackle last year. Jerry Scales (6’3 245) got a lot of reps at center last season. All 3 will have expanded roles in 2021.

A few more players that will contribute on the offensive line are transfers Anthony Gray (6’2 270) from Benton Harbor, Michigan, and Trevor Cabell (6’1 290) from Hillcrest high school in Texas. Senior Jayden Washington and junior Tyson Johnson will give the Panthers even more depth.

In a strong backfield, Malachi Medlock, a 6-foot-2 215-pound running back, was a 1st Team All-District performer and led the team in rushing. The 2022 prospect rushed for 1,114 yards and scored 22 touchdowns last season. He is committed to Colorado State.  Jayvyn Square (5’7 170) is an exciting running back that is shifty with tons of speed. Marktavius Reed (5’9 210) is a strong runner that has the ability to make plays and gives the Panthers a lot of options in the backfield.

In the passing game, the Panthers have some elite offensive weapons at receiver. Jerrale Powers gives the team the big receiver on the outside that can overpower smaller defensive backs and is a redzone threat. The 6-foot-5 220-pound class of 2022 prospect is committed to Florida State. Chris Hicks, a 5’9 175-pounder, is a playmaker over the middle and can beat you deep. Hicks is committed to UTSA.

Lontrell Turner, a 6’0 180-pound 2023 prospect, is the most explosive receiver and is on the verge of a breakout season. He has 4 Power 5 offers now from Utah, Baylor, SMU, and Georgia Tech. The offers will be rolling in for him after this 2021 season. Dakorien Moore and David Robinson are 2025 receivers that will see action and contribute. Moore already has an offer from Tennessee and Florida.

In addition to these receivers, keep an eye on tight end Marcus Vinson. The 6-foot-4 250-pound senior will be a great option in the passing game. He also gives the team another big body and blocker in the run game. He has offers from Kansas, Tennessee State, and Texas State.

With Grayson James graduating, who will take over at quarterback? This has been the big question all offseason. Senior Jdyn Williams transferred this summer to Dallas David Carter. Jameir Willis (6’1 186) is a 2024 quarterback that is a young sophomore with a lot of promise and upside. He ran a 10.95 in the 100 meters and he looked good throwing the ball in the spring and summer.

Solomon James is a 6-foot-1 180-pound senior that just transferred in from Corsicana. He was a 2-year starter there and brings experience. He is smooth in the pocket, has nice mechanics, and is accurate throwing over the middle. Jaylon Thomas is another talented 2024 quarterback on the roster that is in the mix.

Even though Willis and James will compete for the starting quarterback job in training camp, the Panthers look to be in good shape with these 2 options. Both will play a lot in 2021.

The Panthers had a strong defense last year only giving up 15 points per game. They lost 4 Division 1 players (Blackshire, Thursby, Ivy, and Quinn) to graduation. Although they will be missed, this team is loaded across the board at all 3 levels in 2021.

The two marquee players returning to this defense are Omari Abor and Jordan Crook. Abor is a 6-foot-5 248-pound 5-star defensive end and is the most sought after recruit in the country. Abor has offers from 29 colleges including Alabama, Oklahoma, Texas, and Texas A&M to name a few. He was a 1st Team All-District performer in 2020. Crook is a 6-foot-0 220-pound linebacker that is a 3-year starter. He is the leader in the middle of the defense and had 30 offers before he committed to Arkansas this summer. He also was 1st Team All-District last season.

On the frontline, Quincy Wright is another elite pass rusher and dominant force for the Panthers. The 6-foot-4 285-pound 2022 defensive tackle had a great junior season earning 1st Team All-District honors. He committed to Oregon State. Kristian Whitfield (6’1 255), Noah Ponce ((6’1 265), Jabreohn Peters (5’11 290), and William Glenn (6’3 285) are all players that will contribute this season.

At linebacker, Colin Simmons is a talented young prospect that will help Crooks roam the field hunting down opposing running backs. Simmons is a 6-foot-2 215-pound 2024 prospect that has size, speed, and can hit. He has offers from Michigan State, SMU, and Marshall. Kaleb Kenney (6’1 200) is a 2023 linebacker that is expected to play a lot this season along with Donavan McFail (5’11 210).

In the secondary, the Panthers have the most talent from top to bottom of any position group. Pierre Goree is a 6-foot-1 210-pound safety that made 1st Team All-District as a junior. He racked up 18 offers before he committed to SMU. Deldrick Madison (6’0 180) is a defensive back in the 2023 class that already has 18 offers including Oklahoma, Tennessee, Michigan, and Arkansas.

Ka’Davion Dotson is a 2024 prospect that could end up being the best of the bunch before his time at Duncanville is over. He has offers from USC, Oklahoma State, Arkansas, and several others. Keontae Williams is a 6-foot-0 corner that has 4 FCS offers and is primed for a great senior year. Damyrion Coleman (5’10 170) is the most underrated defensive back on this team. Coleman is an explosive athlete that loves to hit and should get a lot of opportunities at the next level with a great senior season. Jaylen Washington is another 2023 corner that will make an impact this season.

As you can see from all the information above, this team has talent and depth at every position group. This is why they are a top tier program nationally. The only question mark that still has to be decided is at quarterback. James may be the answer to start the season because of his experience. Either way, the new starter will have all the offensive fire power and the bigs up front to support them.

The toughest test of the season will come in week 1 against #1 Mater Dei from California. The defense struggled last season in their 2 biggest games, IMG Academy (FL) and Southlake Carroll in the playoffs. The Panthers will have another huge non-conference game in week 3 against Bishop Sycamore from Ohio. The top in-state regular season games will be against Cedar Hill and Desoto. In the playoffs, they have the personnel to matchup well against the other 6A state powers; Katy, Westlake, North Shore, or Southlake Carroll deep in the playoffs.

This year they will need to eliminate the big play threats and get a few more defensive stops in the big games. Offensively, they need to have a balance attack but could lean towards running the ball a little more.

The Panthers have a great mix of veteran leadership and young talent to go the distance. This team has faced adversity the last 3 years in the 6A playoffs and know what they need to do to get over the hump. They are real close to accomplishing the ultimate prize of a Texas state championship. Duncanville hasn’t won it all since 1998. Is 2021 their year to seal the deal?