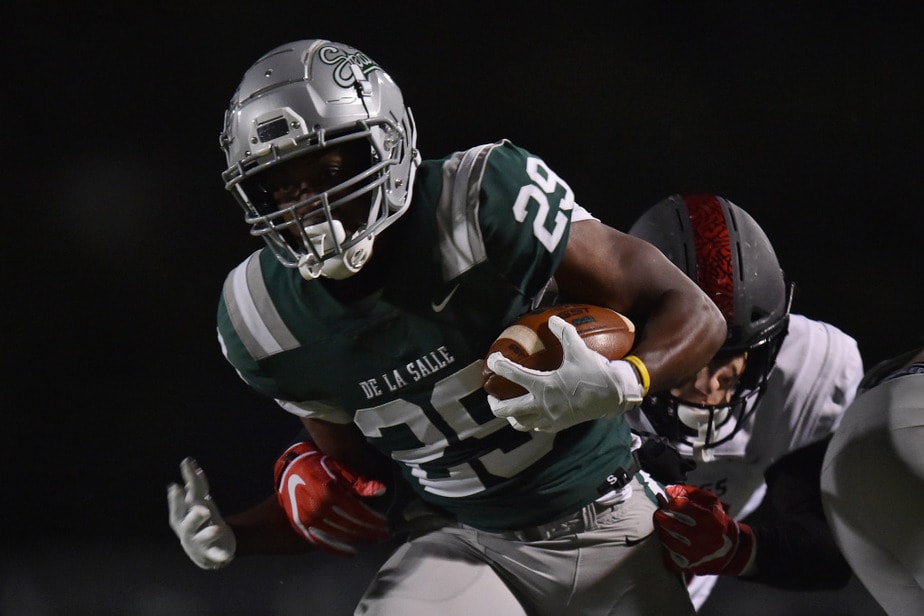 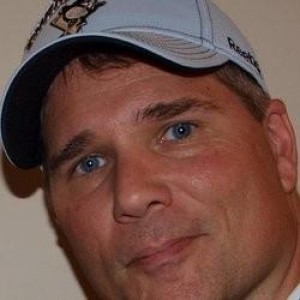 Fresh off a 6-0 spring season, Concord De La Salle is back to challenge for another East Bay Athletic League title and a potential eighth state championship. Head coach Justin Alumbaugh is 93-9 in his nine seasons at De La Salle since taking over for the legendary Bob Ladouceur. If there is one thing Alumbaugh knows how to do, it is winning.

As a player for the Spartans under Ladouceur, Alumbaugh never lost a game. He was a senior team captain in 1997 when De La Salle’s record winning streak was in the 70s. He has continued the deep tradition at the Bay area school and his 2021 team could be one of his best.

The Spartans claimed an EBAL Mountain Division title last year and are primed to claim the league title this fall despite losing some key pieces to both the offense and defense. Lu-Magia Hearns (5-10, 160) will be missed at cornerback. He is committed to Cal. Kairu Reed (6-2, 215) was a solid linebacker who remains unsigned. The offense will turn the reins over to a new quarterback with the graduation of Dorian Hale. The 6-foot, 180-pound Hale committed to Sacramento State.

Once again, Alumbaugh and the Spartans face the prospect of a difficult league schedule. San Ramon Valley and Clayton Valley Charter both went 4-2 in the spring and present the biggest challenge to a potential Spartans EBAL championship.

Then, there is the non-league schedule. De La Salle will take on San Diego power Cathedral Catholic is one of the top games in California on Sept. 17. After a week off, the Spartans then welcome national power St. Frances Academy (MD) to Owens Field on Oct. 1. De La Salle also faces perennial playoff team Folsom in a non-league game on Oct. 8.

As has been a tradition since the days of Ladouceur, the De La Salle offense will be built around the veer option. Alumbaugh will have to replace Hale, but he does have an outstanding weapon in 2023 prospect Cooper Flanagan. The 6-5, 228-pound Flanagan is a Power 5 tight end with over a dozen offers from several Pac-12 schools plus Notre Dame. The Spartans’ offense may have to get creative to utilize the talents of Flanagan.

Flanagan isn’t the only Power 5 tight end on the roster. Brodie Tagaloa is a ’22 recruit who stands 6-4 and weighs in at 260. Among his offers are also most of the Pac-12 plus Nebraska and Tennessee. Both Flanagan and Tagaloa are powerful blockers, but also have the athleticism to be used in the passing game.

Luke Dermon (6-2, 175) saw action in the spring as Hale’s backup. He played in three games completing 11-of-16 passes for 138 yards and two touchdowns. He also rushed nine times for 56 yards. Dermon knows what it takes to lead the Spartans. He is one of the school’s best lacrosse players.

The heart and soul of De La Salle offense has always been its offensive line. Leading the charge up front for the Spartans is ’23 prospect Derek Thompson. At 6-2, 265, Thompson projects as a guard or center at the next level. He has a Nevada offer already and should see more roll in as his junior season progresses.

The De La Salle offense averaged 43 points per game in the spring. The Spartans scored over 40 points four times with one of those games a 63-27 blowout of Monte Vista.

The Spartan’s defense allowed 84 points in the spring season, an average of 14 per game. If there is something to be excited about for the fall, it is that 54 of those points were given up in the first two games. The defense improved over the remaining four games allowing just over seven points per game. Alumbaugh and the Spartans also welcome back some serious defensive talent.

Zeke Berry (6-0, 195) is a 2022 cornerback prospect who also doubles as a wide receiver on offense. He is committed to Arizona where he will focus on what he does best – shutting down opposing wide receivers. Opposite Berry is 5-10, 160-pound Bryant Meredith a 2022 prospect who is a Northern Arizona commit.

Leading the front seven is ’22 linebacker prospect Damonie Perkins. At 6-1, 205, Perkins is blessed with the speed to run sideline to sideline. He is a rising recruit in his class and holds an offer from San Jose State thus far.

The Spartans open the 2021 season against St. Mary’s of Stockton, the same team they opened up within the spring. De La Salle recorded a 35-27 victory in the non-league game. The Spartans will need to get off to a strong start. Games against Monterey Trail and Saint Francis follow and heading into the middle of the schedule at 3-0 would be a plus.

Alumbaugh has carried on the great De La Salle tradition averaging 10 wins per season. The offense should once again give opponents headaches and the Spartans defense could be very special. The two toughest games on the schedule are at home, which will help. Expect De La Salle battle for another league title and be in the race for an eighth state championship.