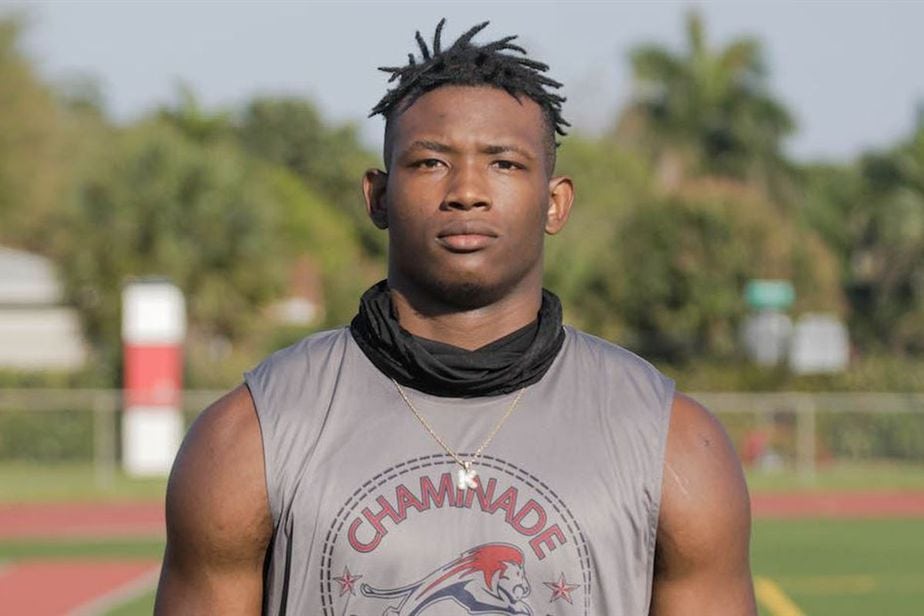 Chaminade-Madonna has slowly become one of the most feared programs in the state of Florida, and that can ultimately be credited to head coach Dameon Jones. Jones is the winningest coach in Broward county over the past decade, and going into his sixth season, has a record of 54-12. Before going 8-2 and losing to Trinity Christian Academy in the Class 3A state championship last season, his Lions won 3 straight Class 3A state championships.

Jones has built a program that preaches education and setting yourself up for success not only on the playing field but off of it too. Jones was once a high-level running back at Tennessee State University before suffering an injury that would derail his future in the game. This had Jones come to the realization of how important it was to set yourself up for success off the field as much as you prepare for success on it by receiving the best education possible.

With the number of kids Jones has already sent to the next level with the opportunity at a free education, and the ones within his program right now that will have that same opportunity, it is clear that Jones sets his kids up for ultimate success.

As young as this offense is, it’s scary to think about how good they are and will become as they just get more and more experience. Not a single key player for them on this side of the ball is going into their senior year, which means however good they’ll be this season, it’s only going to get better.

Returning at quarterback for the Lions is 2024 Cedrick Bailey (6’6” 170 pounds) who already has an offer from Pitt.  Bailey is outstanding, especially for a player his age. Once he becomes more developed and fills out his frame more, he will be one of the higher recruited quarterbacks in his class and has a legitimate chance to break school records. The biggest thing that stands out about Bailey besides his size is how strong his arm is. He also has shown the ability to run with his stride length.

Joining Bailey in the backfield is another sophomore in 2024 running back Davion Gause (5’10” 209 pounds) who is massive for someone his age at the running back position, and can move well. Gause has 8 offers from schools that include Miami and Texas A&M. There were times last year where Gause would line up in the wildcat and be able to run through defenders at will. It will be scary for defenders to meet Gause in the hole, the more explosive he gets in the future.

The Lions have a strong receiving core that will be led by 2023 Edwin Joseph (6’1” 180 pounds) who has 4 offers from schools that include West Virginia and Miami. Joseph has a lot of speed and when you mix that with the variety of releases he has, you get a talented receiver. Joseph also does a good job at high-pointing the football and being able to come back to the football to make the play for his young quarterback if it’s thrown a little short. 2023 Will Bankston (6’1” 175 pounds) and Jason Bourciquot (6’ 170 pounds) are other reliable options at the receiver position. Bankston is an all-around playmaker that is coming off an injury. Bourciquot has fantastic releases with a lot of twitch. He also has reliable hands and has shown the ability to be a willing blocker.

The offensive line will be led by 2023 three-headed monster in Elvin Harris (6’6” 300 pounds), William Larkin (6’4” 300 pounds), and the phenom Deandre Duffus (6’5” 300 pounds). Duffus has 7 offers from schools such as Oregon, Florida, and Miami. When you combine Duffus’s massive size and the ability to keep his feet moving on blocks it leads to a lot of pancakes. Harris and Larkin also do a good job of using their size to get pancakes.

This defense is loaded with division one talent across the board, however, they aren’t as youthful as their offensive counterparts.

The defensive line is arguably the strongest unit for this defense and is led by their star defensive ends, 2022 Kenyatta Jackon (6’4” 225 pounds) and 2022 Jamaal Johnson (6’1” 255 pounds). Jackson, who is the 3rd ranked defensive end in the country, has 25 offers from schools that include powerhouse programs such as Alabama, Clemson, Ohio State, and Oklahoma. Jackson is a freak athlete that uses his long wingspan to his advantage and makes it difficult for opposing blockers to get hands-on him. Johnson is a UCF commit who has good speed off the edge and is strong as an ox. He’s athletic and uses his great motor to his advantage, and even had an interception on a wheel route.

The linebacking core might not have the big names that the defensive line does but they’re talented and will have an opportunity at the next level. 2022 Jordan Lynch (6’ 212 pounds) is a player that flies to the football and when he sees a gap open up, he fills it. 2024 OLB Denzel Johnson (6’ 200 pounds) is another young player to keep an eye out for in the future. Johnson has shown a lot of potential and made plays for this defense last year as a freshman.

This secondary has three division one players and will be led by Ohio State commit 2022 cornerback Ryan Turner (6’ 185 pounds). Turner does a great job in zone coverage at reading the quarterback’s eyes, and on underneath routes. He breaks well on the ball, doesn’t get beat down the field, and will defend the 50/50 balls. Buckeye fans, don’t be surprised if Turner excels during his collegiate career as he has shown the ability to be a big hitter so far for the Lions. 2022 cornerback Brian Dilworth (5’11” 180 pounds) has 20 offers from schools such as Penn State, Indiana and Kentucky. Dilworth is great at staying attached to the receiver’s hips and makes plays on the ball. 2022 safety Jeremiah McGill (6’ 185 pounds) is a ball hawk that is committed to Uconn.

The Lions will begin their season against Miramar on a neutral site and have big-time games against American Heritage on September 3rd as well as Gulliver Prep October 15th.

Last year left a bad taste in the mouths of Chaminade-Madonna, and they will be looking to reclaim their throne on top of Class 3A football in the state of Florida. If they can accomplish that with all the youthful talent they have, don’t be surprised if we see Coach Jones and his Lions dominate the gridiron for years to come once again.