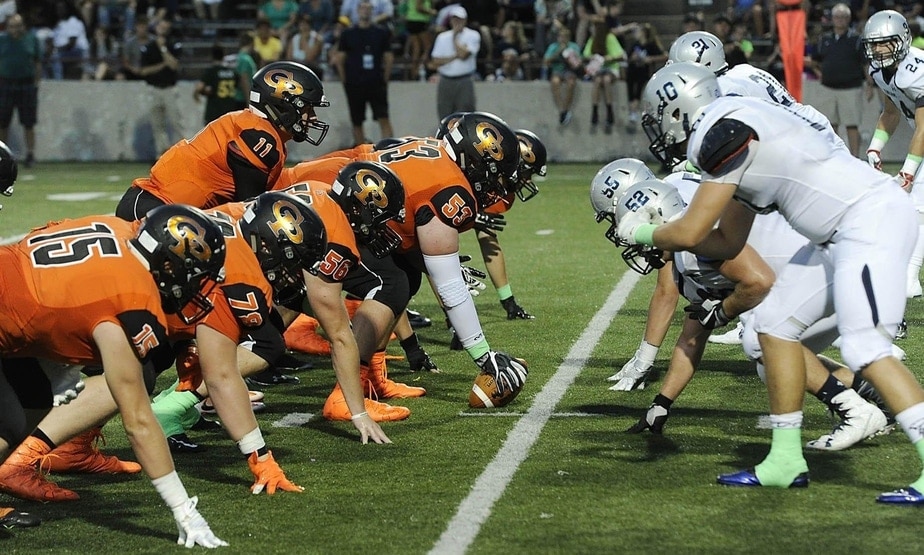 For the first time since the 2015 season, Cathedral Prep actually lost a game. Three, in fact. It still was not enough to stop them from winning their third consecutive state title. Cathedral Prep took their game to another level once the playoffs began, thoroughly dominating each of their opponents. In the final, it was a similar story as they took out Imhotep Charter for the third consecutive season in the state title game, this time by a score of 38-7.

Former alum coach Michael Mischler has always had his best results at his alma mater. After guiding Cathedral Prep to their first state title during his first stint as coach from 1998-2004, Mischler has been even more dominant in his second stint, which began in 2012, and now seems to be racking up Coach of the Year trophies to go along with his state titles.

However, Mischler and Cathedral Prep will be without the services of some of their stalwarts of the previous season as State Player of the Year running back Billy Lucas, who signed with Old Dominion, starting quarterback Connor Schleicher (Clarion University), two-way player Joseph Scarabino (Notre Dame College), guard Christopher Oliver (Bowling Green), and cornerback Ervin Williams (Clarion University) have all graduated. It will be up to new players to step up.

With Schleicher gone, it will be up to 5’10, 190-pound senior Collin Johnson to lead the offense now. Playing primarily a backup role last season, Johnson still looked solid as he threw for 13 touchdowns compared to only one interception and added 4 more touchdowns on the ground. With Coach Mischler’s offense usually run-focused, it will be up to Johnson to continue to lead a team that averaged nearly 40 points per game last season.

It will be difficult to replace the over 2000 yards and 26 touchdowns that Billy Lucas contributed to the offenses last year. But Cathedral Prep are well placed to have two of their players split the load on the ground this season. Seniors Luke Sittinger (5’9, 175) and Jaheim Howard (5’10, 186) were the second and third most productive running backs respectively on the team in both yards and touchdowns and they will need to fill the hole left by Lucas’s departure.

Cathedral Prep’s vaunted offensive line will be losing three of their starters so it will be up to their two remaining players to keep the line strong. Senior guard Trayshawn L’amoureux (5’7, 237) and tackle James Janicki (5’10, 275) will need to ensure the line continues to dominate in the ground-based offense. Mitchell Sweeney (6’1 270) is another big man that will contribute.

The Ramblers have a lot of great underclassmen offensive linemen that will provide the size and power inside. Caden Pustelak (6’3 298) and Elijah Andrae (6’6 247) are two promising players in the 2022 recruiting class. Jaheim Bassham (6’2 270) and William McAdory (5’11 298) will be two key guys from the 2021 recruiting class.

The wide receivers have played second fiddle to the running backs in years past but that has not stopped them from performing. Despite Scarabino and his 9 touchdowns leaving, it will be Cathedral Prep’s top receiver from their previous season with nearly 800 yards and 10 touchdowns, 6’4, 189-pound senior Jack Oedekoven who will keep the air attack dangerous enough to support the ground game. Oedekoven is an underrated talent in the 2020 recruiting class. Jaelen Carson (6’0 178) will also be one of Johnson’s main targets in the passing game.

A defense that only allowed 17.4 points per game last season and had players from every position able to get to the quarterback and force turnovers will hope to stay strong this season. Up front, that means DE Mike Lupo (5’9, 220) and NG Kareem Carson (5’6, 200), both seniors, combined for 7.5 sacks in 2018. Jayden Smith (6’2 233) and Dorian Crosby (6’1 220) will be standouts on the defensive line this season. Smith is a junior and Crosby is a senior.

The linebacking corps will be one of the strongest parts of the defense. Sittinger and 6’0, 210-pound junior Jaheim Williams were the team leaders in tackles last season, both nearing 100 individually. Sittinger also was second in the team in sacks, behind only Scarabino, and Williams led the team in quarterback hurries. With their ability to get to the quarterback, Cathedral Prep should continue to disrupt offenses in the upcoming season. Mehki Twille (5’11 212) will be another linebacker to watch. He is just a sophomore and transferred in from Erie high school.

While Williams’s presence in the secondary will be missed, other players are ready to step up. Howard was second on the team behind only Williams with three interceptions. Senior Jaelen Carson (6’0, 178) chipped in with two of his own and they should combine to continue where Williams left off. Jaylen House (5’11, 168) is another defensive back that will be a key contributor.

The Ramblers always schedule tough opponents during the regular season to help prepare themselves for the playoffs. The competition they will face this year is impressive again. They are playing teams from Pennsylvania, New York, Maryland, Ohio, and Canada. Their most challenging game will be in Week 3 hosting St. Edwards from Ohio. St. Ed’s won the Division 1 state championship last year after beating #1 Colerain, 24-10. St. Ed’s had their way with Cathedral Prep last year beating them 35-3. In Week 5, they will travel down to Maryland to take on Fort Hill, the 2018 1A state champions. Fort Hill was undefeated and will be another big test for the Ramblers.

Cathedral Prep has won 3 straight state championship and is a team that reloads every season. They have players with the next man up mentality and they are ready to shine in 2019. The schedule is difficult but that is the way it is every year and they rise to the challenge.

Collin Johnson will have Jack Oedekoven to throw to and the Ramblers have two nice running backs in Jaheim Howard and Luke Sittinger. The offensive line is young but they are aggressive and ready to compete.

The Ramblers’ defense is led by Jaheim Williams in the middle, Dorian Crosby off the edge, and several two-way players with Howard and Sittinger. This defense is fast, aggressive, and will swarm to the football.

With Coach Michael Mischler at the helm and back-to-back-to-back state championships in their rear-view mirror, it is very easy to see Cathedral Prep making it four in a row by the end of the season. Maybe this time, it will be perfect again.