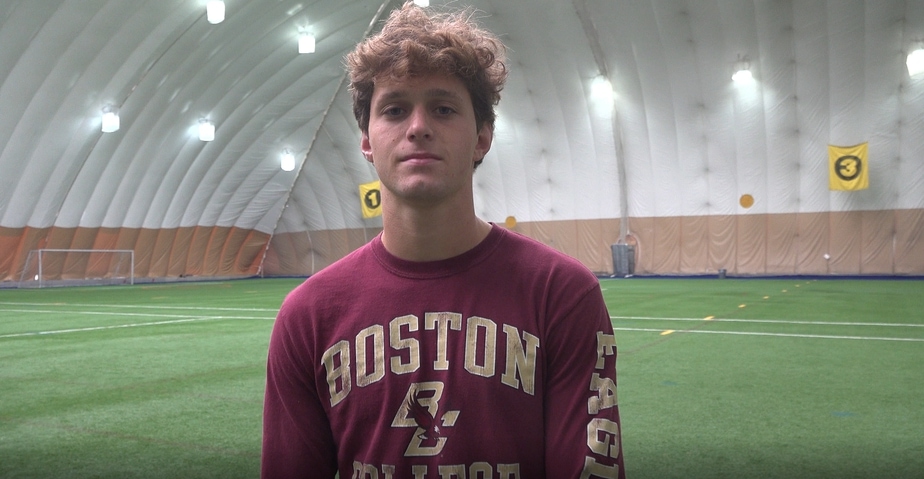 One of the most complex parts of any football player evaluation from high school to college and college to the NFL is the unknown intangibles. There are a lot of great players at every level. The ones that seem to make it are those with the right mindset to overcome obstacles, the toughness to hold up under any situation and grind every day, and those who have the relentless drive always to compete.

Over the last year or so, colleges have been largely unable to uncover these traits of potential recruits. Not having their summer camps or getting to know prospects better on unofficial visits was a huge issue. It slowed the process down on both sides.

Starting June 1, this will hopefully no longer be the case with the NCAA dead period being lifted and college camps beginning.

A player who has waited patiently through this time and worked hard preparing for June 1 is Ryan Browne from Venice High School in Florida. The 6’5 200-pound quarterback doesn’t have an offer yet, but he is close since he has been excelling on the offseason camp circuit.

“I was ready to go to a lot of college camps last summer before everything was shut down. I will only get one shot to workout for colleges before my senior season, and I am ready to show them what I can do,” said Browne.

Browne has been preparing for this process ever since he was a little kid. His dad, Jim Browne, played in the NFL and at Boston College and has trained high school and college athletes since 1990.

As a young kid growing up, Ryan was around high-profile athletes all the time, hanging out at his dad’s sports performance training facility in Michigan. He started early learning how to run and has always been fast. The focus there was on building explosive athletes and competing. This offseason was his first time to test himself on the national camp circuit.

A few weeks ago, he finished #1 in the physical testing stations at the Elite 11 Quarterback camp in Florida. This past weekend at the Rivals Combine in Miami, he ran the fastest shuttle time for the entire class of 2022 and was the fastest quarterback in the country, according to their test results.

Browne has also done well playing in the 7v7 Regional Tournaments in Dallas, Tampa, and Philadelphia. Below are highlights from the April tournament in Philadelphia. This weekend he will be at the EFN Quarterback Challenge at IMG Academy in Bradenton.

In August of 2020, Browne was set to play for Birmingham Brother Rice in Michigan. When the governor announced they canceled the season, they moved down to Florida, and he went to Riverview Sarasota. Although they had already started practice and had an established senior quarterback on the roster, this felt better than Ryan not playing at all. Browne had a solid season and is now playing for Venice High School.

Recruiting Is Picking Up

As colleges start to get familiar with Browne, his recruiting situation has picked up over the last 4-5 weeks. He was just invited to Stanford’s football camp by their staff. He has been communicating with Florida State, Texas Tech, Purdue, Washington State, Miami (Florida), Georgia Tech, Colorado State, and Michigan State.

Most of all, the colleges have told him they just want to see him live on the field and get to meet him. They will all get to do that now that spring practices and scrimmages are right around the corner.

As we look at the new-age quarterback, they are players that can pass like a Pro-Style guy and run like a dual-threat. They have properties of both, not one or the other. This is exactly what Browne brings to the table.

He is a quarterback that has a strong, accurate arm and has the size at 6’5. The x-factor in his game that has dominated the offseason camps is his ability to run a high 4.4 in the 40. His ability to escape the pocket, extend plays, and make things happen rolling out is a dimension to his game that intrigues the colleges mentioned above.

For the last 3 years, Browne has been training with Rob Bolden, former Penn State and LSU quarterback. Bolden was also an Elite 11 Quarterback coming out of Orchard Lake St. Mary. We talked with Bolden and he gave his thoughts on Ryan and his progress.

“From as long as I can remember, Ryan has been doing all the right things with his training and is all about improving his game. He has done that week in and week out for a long time. He understands the hard work and commitment level that he has to have to play at a high level and the standard he is setting for himself is just getting higher and higher. The kid takes coaching very well and can handle the feedback he receives,” said Bolden.

Bolden went more in-depth on his evaluation of Browne. “He is highly skilled with a high work ethic. His biggest draw is his arm strength and accuracy. He has a live arm and can put the ball on a dime when needed. His mechanics and delivery are very smooth and everything seems to come natural. He never seems to have to put much effort into big throws and is fluid in his motion to make just about any throw on the field.”

In the fall, Venice high school has an enormous amount of talent on both sides of the ball and will be a state contender. Browne will have an arsenal of weapons with Omari Hayes, Myles Weston, Jayshon Platt, Keyon Sears, and 6’6 tight end Austin Bray.

The team opens up against IMG Academy on ESPN in week 1 of the season. The competition doesn’t get any bigger than that.

Over the next two months, colleges will see firsthand who has trained the right way for their evaluations and extend offers accordingly.

We expect Browne to get some of these offers once they see him in person. He has the arm, physical tools, and the intangibles colleges are looking for in a quarterback.

Look out for Venice making a deep run in November and early December. They are built to go the distance.