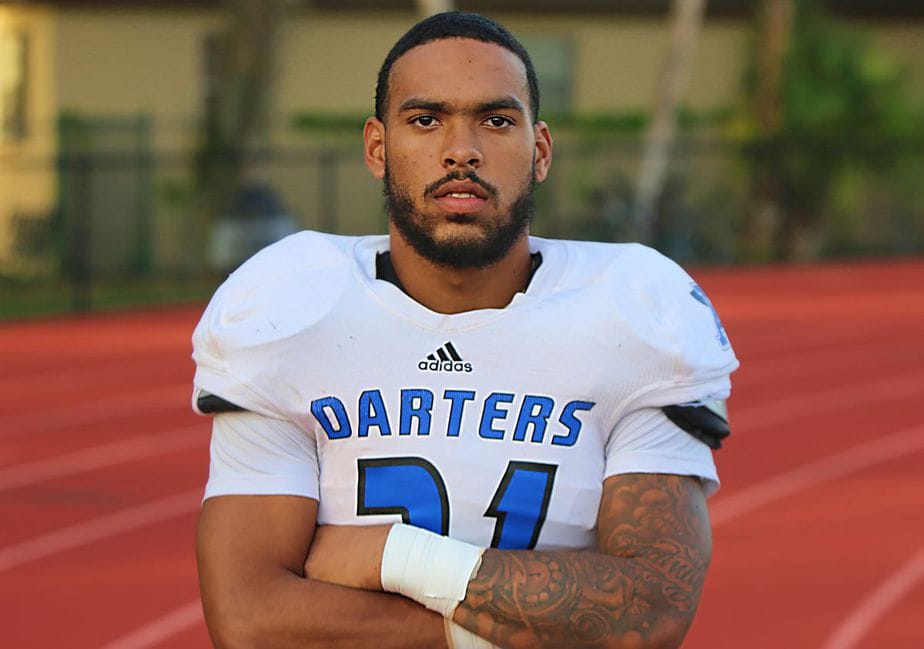 Trying to replace a hall of fame head coach is never an easy task, especially when that coach is Rick Darlington. Darlington was the head coach of the Apopka Blue Darters for 17 seasons and had a record of 167-47 while winning state championships in 2001, 2012, and 2014. He retired after the 2018 season.

Stepping in to replace the legendary Darlington is current Blue Darter head coach Jeff Rolson who has been the coach for 2 seasons with an overall record of 20-6. In the 2020 season, he led the Blue Darters to an 8-4 record and a semifinal appearance where they lost to the Sanford Seminole.

Expect Rolson and his team to build off of what they accomplished and to take it one step farther this upcoming fall as they have a lot of talent returning. He’s made several adjustments to their offense that Rolson hopes will lead to a championship.

When you look at the Apopka offense from a statistical standpoint, you might wonder why they are such a run-heavy team. They ran a very unique offense where they didn’t really utilize a quarterback all that much. It was mostly direct snaps to a running back that was in the backfield. They averaged 17.9 points per game and 249.5 yards per game;  rushing for 198 yards per game and throwing for 51.5 yards per game. However, expect this offense to have a very different look this upcoming fall with a spread offense.

The revival of the passing attack for this Apopka offense will be due to the talents of Sanford transfer and 2022 quarterback Andrew McClain (6’0” 180 pounds) who is the brother of former Sanford quarterback and South Florida signee Jimmy McClain. Andrew has had an impressive spring on film, as he showed his strong arm and accuracy on the deep ball. He currently has a South Florida offer.

2023 Keyondray Jones (5’7” 170 pounds) will be the running back for the Blue Darters for the 2021 season. Last fall, Jones had 211 yards and 4 touchdowns on 41 carries. Jones has track-runner speed and is a nightmare to tackle in the open field. He’s shifty and explosive in his cuts. With a new spread offense that was showcased in the fall, look for more open running lanes for Jones that will lead to more opportunities for him.

With this new spread offense, that means more opportunities for the receiving core for Apopka. 2022 Quincy Frazier (6’2” 211 pounds) was a starting running back this past fall for the Blue Darters. Now, he will be a featured receiver in this offense. When he does get the ball in his hands, Frazier is an explosive runner. Frazier has also shown the willingness to be a committed blocker who is physical and will punish the defender. He currently has an offer from Jacksonville State. 2023 tight end Antonio Ferguson (6’4” 230 pounds) will be another name to look out for. With the offense they ran last year, he didn’t really have the chance to show his ability as a pass-catcher but did show how fantastic he is at blocking. Look for him to make a name for himself as one of the more premier tight ends in the state with the new spread offense.

The offensive line will be led by 2022 Dyson Hulbert (6’3” 240 pounds) who was first-team all-state as a junior. Hulbert has an aggressive mindset and will bury a defender at any spot on the field. What really helps him is his quick feet, allowing him to be a menace on pull blocks as well as get to the second level on a consistent basis.

This will be an interesting season for the Apopka squad, as they are heading into a new direction with a spread offense. If this team can figure it out with new quarterback McClain, who has shown the ability to make plays, then good luck to opposing defenses.

The defense for Apopka last year was easily the strongest part of their team. To call them elite would be accurate, as they only gave up 10.8 points per game in their 12 games. They also forced 12 turnovers, with 6 interceptions and 6 fumble recoveries.

The linebacking core lost Curtis Spivey (Charleston Southern) but still has a lot of talent returning. 2022 Travion Barnes (6’0” 210 pounds) is a 3-star prospect who has 6 offers from schools including Tennessee, Maryland, and Cincinnati. He had 91 tackles, 1 interception, and a fumble recovery in the 2020 season. He is a smart player who reads plays well. 2022 Josiah Robinson (5’10” 200 pounds) is an outside linebacker who is a big-time player and very underrated. He currently has 4 offers, including Indiana. He had 69 tackles in 2020. To say that Robinson is a big hitter would be an understatement, as he decleats kids as if it’s his job. He is very aggressive on the perimeter as well as being able to show his strength when he sheds blocks or just runs through whoever attempts to block him.

Even with the loss of Jaquan Lowman (Appalachian State) at safety, this secondary still has talent and the ability to make plays. They will be led by 2022 cornerback Nikai Martinez (5’10” 170 pounds) who is a 4-star. He has 21 offers from schools including Clemson, Notre Dame, and Auburn. When you first watch his film, the biggest thing that stands out is how elite he is at high pointing the football while it’s in the air, leading him to 4 interceptions last season. He also had 16 tackles, 2 forced fumbles, and made an impact on special teams, blocking 4 field goals.

The defensive line will be spearheaded by 2023 defensive end Kaven Call (6’3” 220 pounds) who is a 4-star and holds 7 offers from schools like Florida State, Georgia, and Penn State. He has impressive strength and last season had 30 tackles and 2 sacks. 2022 defensive end Michael Spain Jr. (6’2” 210 pounds) is another player to keep an eye on this season, as he showed good technique and the ability to be a solid player.

Apopka will start their season on August 20th, playing Deland. If this new-look offense can figure it out early and be more productive than last year, combined with their elite defense, then look for Apopka to make a lot of noise this year in Florida. If both sides of the ball can be great for the Blue Darters, then they might be on the path to their first state championship under coach Rolson, and first since 2014.