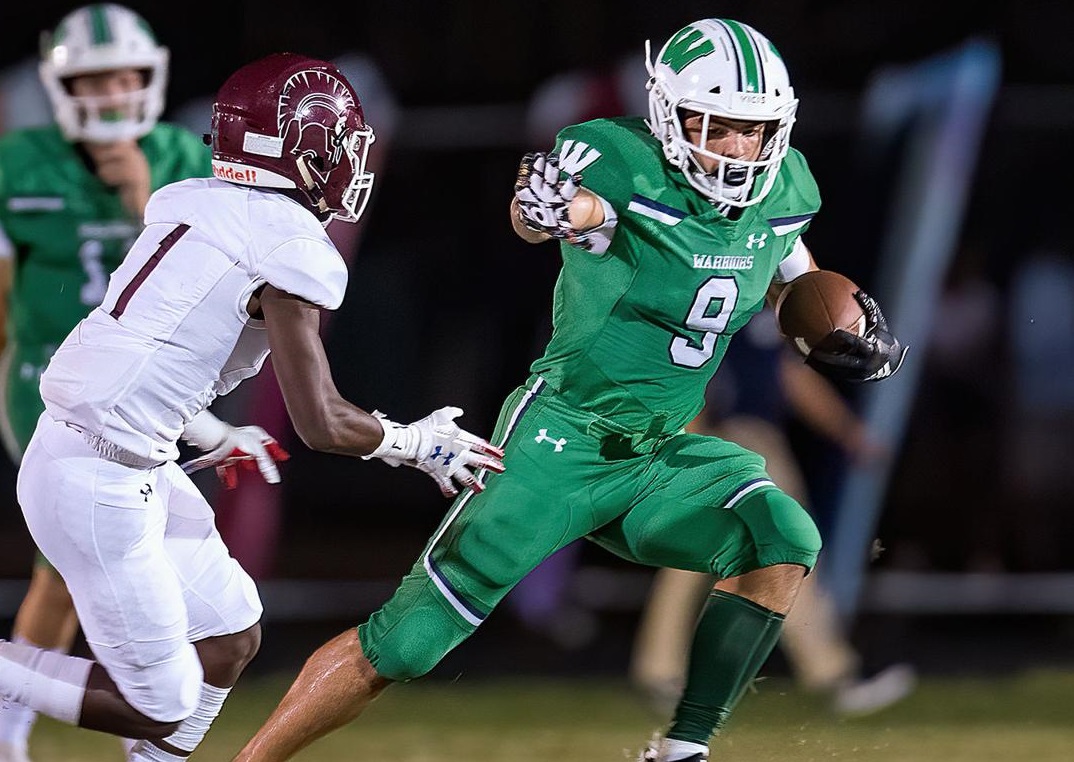 Anything is Possible for Will Shipley

We see and hear about athletes receiving scholarship offers from Power 5 football programs every day on social media, in the newspaper, and on TV. Even though far less than 1% of the prospects will ever get an opportunity like this, the frequency of the coverage makes it seem like that percentage is higher and that the possibilities are easier.

What some athletes, parents, and fans don’t see is the consistent hard work, dedication, commitment, skill level, and mental toughness required to achieve these results. These elite athletes honed these traits to form their foundation. This mindset and way of life were put to use years before they received their first offer and before they were even on anyone’s radar.

The focus and drive become an addiction to achieving their goal. No one or nothing is going to stand in their way. There are always naysayers, haters, pessimists, and dream killers who tell athletes to be realistic and lower their expectations based on how far they think an athlete can go. Instead of encouragement and guidance down a path less traveled, these athletes find their own motivation to shoot for the stars and tune everything else out.

Weddington High School Has a Star

Will Shipley from Weddington High School in North Carolina is one of these elite athletes that is driven beyond the norm. He has already accomplished big things to this point in his career but isn’t even close to being satisfied.

Shipley is a 6’0 180-pound running back that just committed to Clemson. Clemson beat out Alabama, Georgia, Ohio State, Penn State, North Carolina, Oregon, and about 20 other Power 5 schools.

As a junior, he earned All-State honors after rushing for 2,066 yards and scoring 42 total touchdowns. He had 582 receiving yards as a threat in the passing game. Shipley also helped his team go 16-0 and win the 3AA State Championship in North Carolina.

On the field, Shipley put up some huge numbers and has the physical measurables colleges want. He has the burst and acceleration to get through creases quickly and he has the long speed to separate from the second and third levels.

Will has the ability to set up defenders in space with a quick hesitation, stop on a dime, or cut that can freeze a defender for a split second before he blows by them. Then he is off to the races, and good luck trying to catch him. As an offensive weapon, he can line up in the slot and is a tough 1-on-1 cover. He is a solid route runner that gets open and makes plays.

Overall, Shipley’s skillset reminds us of Christian McCaffrey. That is high praise, but he wouldn’t have the best schools in the country after him if he wasn’t a special talent, and comparable to McCaffrey at this age.

Clemson is a Perfect Match

Dabo Sweeny has built a national powerhouse program at Clemson, centered around a positive culture and family atmosphere. It is highly competitive and they have every intention of helping players reach their maximum potential.

Will Shipley is near the top of the 1% list of football players in his class. His hard work has paid off. The rewards of his performance and efforts helped create the perfect match with Clemson, where he will be pushed, motivated, and encouraged, that anything is possible when you play in Death Valley for Dabo Sweeney.