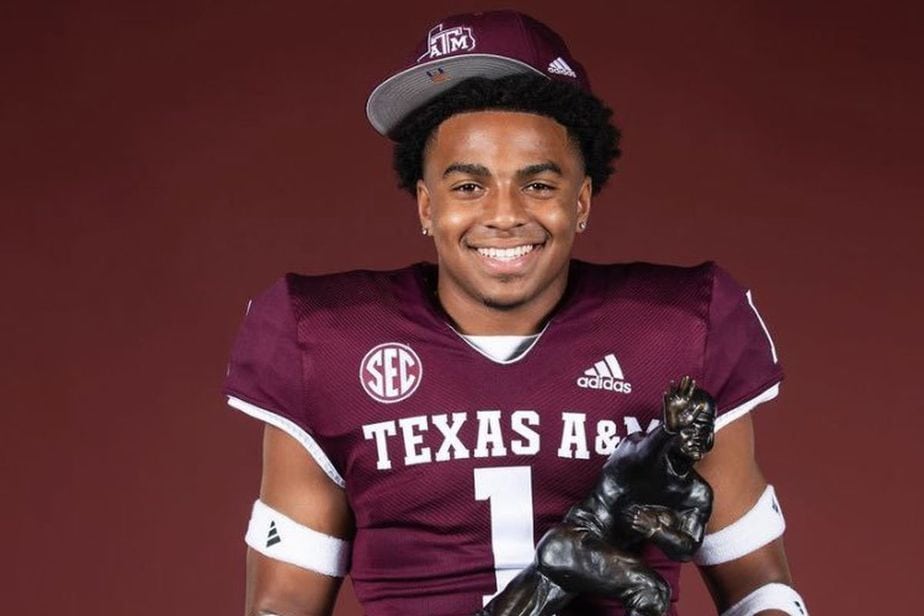 Aggies Win Out Over Rivals

Texas A&M and Jimbo Fisher have work to do before the National Signing Day to land a few more key pieces to the 2022 recruiting class. They need to continue the momentum from their #4 recruiting ranking last year and work towards building the right arsenal to take down Alabama and other national title contenders.

Their most recent commit, Bryce Anderson, is a huge piece to the big puzzle and a player that will get them back in the top 10. This is a massive blow to their state rival, Texas, and their SEC divisional rival, Alabama, as they both lost out on Anderson.

Anderson is a 6-foot-0 190-pound athlete that is projected to be a safety for the Aggies. He is currently a dual-threat quarterback for West Brook high school in Beaumont, Texas. As a top 10 overall prospect in the 2022 class in Texas, he is an elite blue-chip player that had offers from all the top Power 5 colleges from coast to coast. He received his first offer in 8th grade from Baylor.

In other interviews after his commitment, Bryce’s father said that Texas A&M was more stable at this point than Texas and they felt comfortable with the Aggies defensive back coaches, who are former NFL players.

Outside of Conner Weigman, a quarterback from Bridgeland high school in Texas, Anderson is the highest-rated commit in the Aggies 2022 recruiting class.

As a top-level recruit, Anderson has the “wow factor” when you watch him on the field. He is a read-option quarterback that is a playmaker with tons of speed and is a touchdown machine. He keeps defenses on their toes and is a threat to go the distance on any given play when he runs out of the backfield. His athleticism and elusiveness in the pocket make it hard for opposing teams to get their hands on him, and they definitely can’t catch him when he turns the corner or keeps it up the middle on a draw.

As a passer, he throws the ball well down the field and is dangerous rolling out and in play-action situations. He has good touch on his ball and sees the field well.

His high school coach was smart, playing his best athlete at quarterback and putting the ball in his hands on every single offensive play. They utilized his talents the most to help the team, but at the next level and to potentially play on Sundays, he will move to safety for A&M.

What is A&M Getting?

As a safety, his #1 strength that he will bring to Texas A&M is his speed. Anderson is a 10.4 100M sprinter in track and in today’s game, speed trumps everything else. Bryce’s leadership qualities and playmaking skills will also give the Aggies that player in the secondary to lead their defense in the future. It doesn’t hurt that he is someone who could make a big play when they need it most.

This season, Anderson and West Brook will open up against Beaumont United in week 1 on August 27. They were 5-6 last year but played a tough schedule taking on North Shore, Longview, Atascocita, and Tomball Memorial to name a few.

Overall, Aggie fans know the importance of getting a player of Anderson’s talent level. He is a player that we may look back on in a few years and value this commitment even more, rather than facing him in a burnt orange uniform.